Rabat - Gabonese President Ali Bongo Ondimba has shared a picture of him and King Mohammed VI as teenagers, to demonstrate the long-time friendship between the two heads of state. 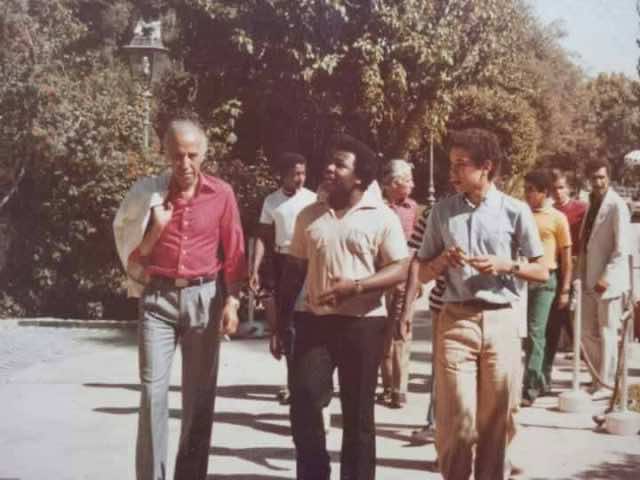 Rabat – Gabonese President Ali Bongo Ondimba has shared a picture of him and King Mohammed VI as teenagers, to demonstrate the long-time friendship between the two heads of state.

The picture posted on Facebook shows young Ali Bongo and Crown Prince Mohammed, taken at a time when they used to meet frequently as their fathers, Omar Bongo and King Hassan II, were also friends.

Along with the teenage memory, Gabon’s president shared another picture of him next to King Mohammed VI during the Throne Day ceremony in Tangier on Sunday, to which Bongo was invited.

“True friendship is the one that has no secret,” said a comment on the two pictures.

Ali Bongo has been in Morocco for several days along with his wife and son.

An habitué of Morocco and especially the city of Marrakech, Bongo used his summer holidays in the Kingdom to discover the northern region, walking around Tangier and visiting Martil, Larache, and Chefchaouen.