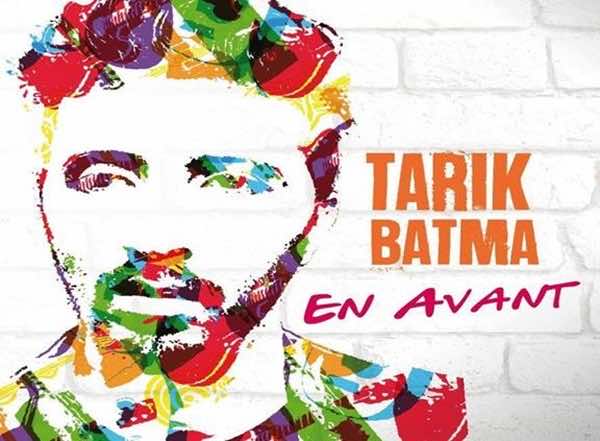 Rabat – Tarik Batma is the product of a highly respected and artistic family. His parents are from the legendary band Lemchaheb, his sister is the Moroccan diva Khanssa, and he’s the nephew of Laarbi and Rachid from the legendary band Nass El Ghiwan. An author, composer, and multi-instrumentalist, Tarik carries on the legacy of his family—a true Batma.

MWN caught up with Batma to talk about his experiences growing up in a musical family, his career, and his thoughts on today’s music industry.

MWN: Tell us about your artistic career from the beginning and today.

Well, my first album was released in 1997, but before that I had an experience at the conservatory of Casablanca. There, I played a variety of styles with some friends who were also musicians. I didn’t mention my own musical background, nor my family’s accomplishments.

My second album “Sahra Bladi” was in 1999. Its success was unprecedented and it was considered to be the first album of the new generation.

The first time I played an international festival was in 2001, at the Gnaoua Festival in Essaouira. It was a unique experience that gave me the opportunity to perform at other big festivals such as El Jadida, Casa Festival, Mawazine, and Tanjazz festival. In addition, I received a lot of attention from the press in Morocco and internationally, which resulted in many radio and television interviews.

In 2004, my record contract ended, and I decided to start a new adventure as an independent artist.

MWN: What is the source of your inspiration?

There are many, from nature and human stories. Sometimes I create a character with a role to write a text, or I just write what I see and feel. It depends on the subject .

Concerning music, I like to listen to “rare” music, such as folk, rock and jazz . I’m a music addict.

MWN: You are from a well-established, artistic, Moroccan family. Are you ever afraid you won’t be able to preserve the family’s artistic legacy when you produce your music?

My family is known in the art world, but the Batmas do not resemble each other. Each has a their own particular style. It is well known that if you are related to a star it is difficult to differentiate yourself from your family name. The public will always associate you with your  father or your uncles.

Thanks to God, Khansaa, Dounia and I have made our own imprints and each one of us has a separate style.

For me, to be a relevant star is not about copying other people’s style but to have your own personality. It is hard to achieve it, but not if you work hard. If I exist today, it is to make it happen.

MWN: You grew up surrounded by many Moroccan musical legends. How would you compare the art and artists of then to today?

Well, in brief, each generation has its own way of life. The world has changed, and so has the art industry, artists, music, subjects, and even the public. It’s normal, it’s life: Dwam lhal mn mouhal (nothing lasts forever).

MWN: You have a long artistic career full of achievements, but do you ever speculate about why you don’t have the same notoriety as other artists of today?

Before, it was the public who consumed. They used to buy cassettes, CDs, and vinyls. Today, it’s the artist who buys an audience through promoting YouTube channels, Facebook pages, and Instagram.

I’m not that kind of artist. I’m nothing like today’s artists. On the contrary, I prefer to invest my time and money in music, the recording studio, music videos, rehearsing, and buying instruments.

MWN: Is there any chance we will hear you and your sister Khansaa together in a song again?

We did a lot of things together. I wrote “Parano” and “Nastahell” for her, as well as “Melitek” and “Funky”. There will be others in her next album, and she will definitely be featured on my next album inshallah.

MWN: What are you currently working on?

I recently collaborated with the director Abdeslam Laklaai after composing “Yarit” for his next series, which is called “Ain Al Hak”. It’s going to be broadcast on 2M TV soon.

I also released a song called “En avant” as a music video for the web. I’m working on a new album that will be released soon inshallah

MWN: Is there any message you would like to send to your fans?