Rabat - He started with shot-put and hammer throw, moving on to rugby and judo before finding his calling just six years ago: Brazilian Jiu Jitsu (BJJ). 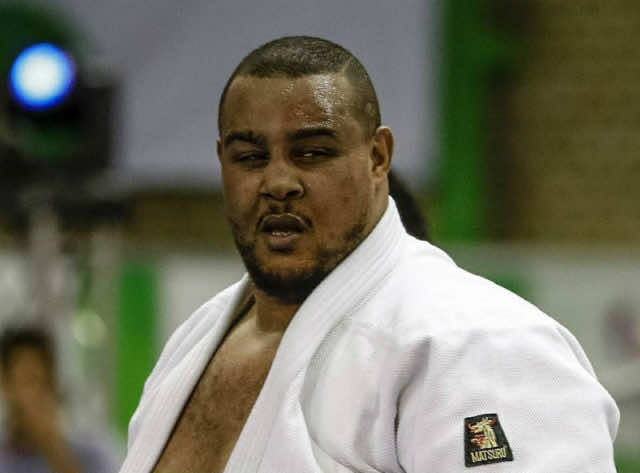 Rabat – He started with shot-put and hammer throw, moving on to rugby and judo before finding his calling just six years ago: Brazilian Jiu Jitsu (BJJ).

With his imposing physique and a hunger for success, the 28-year-old Moroccan athlete Seif-Eddine Hoummine has managed to rise to the top of the game, gaining two world titles.

In conversation with Morocco World News interview, the Oujda native, now living in France, talks about his career, his dreams, and why he chose to represent Morocco.

During the World Games in Wroclow, Poland, you the 94+ kg gold. This is your second gold medal in a major tournament after Abu Dhabi World in 2014. What does feel like to be a world champion for the second time?

Honestly, it was a very special feeling to win the World Games which are organized by the Olympic Committee every four years and are similar to the Olympic Games. My dream was to make the national anthem resonate for the first time in this sport, knowing that I’m only Moroccan to have participated.

You chose to represent Morocco in BJJ tournaments even though you could have represented France. Why did you made this choice?

Honestly, France is a country that welcomed me with open arms. I benefited from its facilities for my trainings, where I train with French coaches and athletes. My choice to represent Morocco is innate. I love my country despite the obstacles [I encounter] and the lack of moral and financial support.The desire to represent the Moroccan flag has been engrained in me. I have had offers to play for other countries but [no], not without my Morocco. Only true Moroccans feel this. Despite difficulties, [I believe] I made the right choice.

Still, it remains a hard choice. Several media outlets reported that you receive no support from Moroccan sports authorities. Is this true?

It is a hard choice because France provides its athletes with trainings at INSEP (Institut national du sport, de l’expertise et de la performance), bonuses, the necessary equipment, and allowances, whereas [in Morocco] I find myself alwaysbattling with the Royal Federation of Judo to finance one tournament per year with a budget that does not exceed EUR1200. Everytime I have to contact the Ministry of Sports to intervene. With my participations in other tournaments, I finance them by myself.

During the World Games,July 20 to30, I found myself alone, with no coach or official and [no] allowance from Morocco.

Don’t you feel disheartened by all this? Doesn’t it make regret your choice?

On the contrary. I strongly believe in change. One day or the other, things will change. I remain positive. We are forging the path for our children. If everybody does the same, people who misappropriate money destined to sports and sports men will be obliged to resign and vacate their places to true citizens who love their country.

How much time and money is needed to prepare for a major tournament such as the World Games or Abu Dhabi World?

For Abu Dhabi, I needed to go Rio de Janeiro for a month and a half to train with the best world [BJJ professionals]. You need four months of full preparation and a minimum budget of EUR6000 and juggle work and sports because one can’t make a living from this sport.

What do you do to find both the necessary money and the will to keep up your sports career?

I came to an understanding with my employer to work three days out of seven to be able to train. For money, one has to tighten his belt. As for the will, [I find it in the desire] to become the first Moroccan athlete to raise the Moroccan flag in this sport in order to motivate future generation to invest in sports despite financial difficulties.

Talking about the future, what are Seif Eddine Houmine’s other ambitions?

I want to continue my sports career till the end, win more world title and the World Games Beach. In the end, I want to found a club or severalin Morocco and teach [BJJ].