Rabat - Moroccan Olympic champion Hicham El Guerrouj expressed his dismay at the deplorable situation of Berkane’s slaughterhouse, to which he had previously made a MAD 2.5 million donation.

Rabat – Moroccan Olympic champion Hicham El Guerrouj expressed his dismay at the deplorable situation of Berkane’s slaughterhouse, to which he had previously made a MAD 2.5 million donation.

On Thursday, El Guerrouj shared on his Facebook page an article by Morocco World News about the slaughterhouse, after a video filmed by the butchers in the slaughterhouse spread online, in which they denounce the unsanitary conditions where they work.

The workers explain that they could not remain silent knowing there are health risks for people who consume the meat of the slaughterhouse.

The video filming the shocking reality of the slaughterhouse surfaced on social media at the beginning of August. On August 7, the municipality of Berkane decided to temporarily closing the slaughterhouse until an investigation had been conducted.

The Berkane native athlete expressed his sadness over the situation.

“I’m truly very sad and disappointed to see the state of the slaughterhouse in my city Berkane,” he said.

“The day I made a donation of MAD 2.5 million I was told that it would be built in the best way possible and that there are going to be the latest equipment to ensure hygiene and safety for the city’s residents,” he explained.

He added that he is grieved to see such footage of the slaughterhouse, especially as the city’s resident will be the ones to pay the price.

El Guerrouj’s complaint about the situation of the slaughterhouse of Berkane echoed another celebrity’s cry over the situation in her own city. 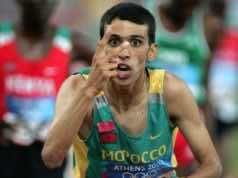 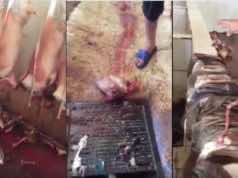 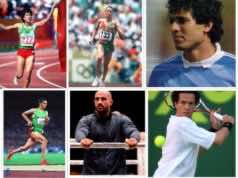