Rabat - At least five suspected terrorists were shot dead by the police in Spain in the early hours of Friday in the Mediterranean town of Cambrils, reports the English online edition of the Spanish newspaper El Pais. 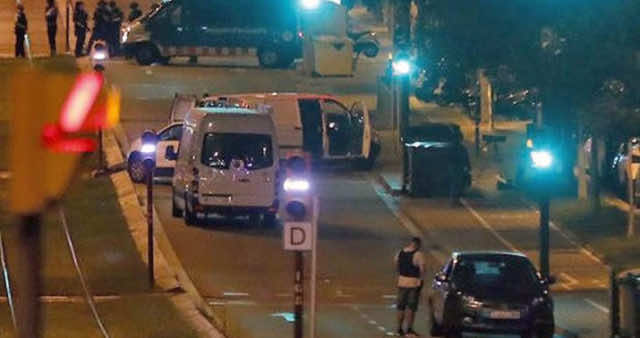 Rabat – At least five suspected terrorists were shot dead by the police in Spain in the early hours of Friday in the Mediterranean town of Cambrils, reports the English online edition of the Spanish newspaper El Pais.

The operation came hours after Barcelona was home to a deadly attack by a van.

Driss Oukabir, a 28-year-old Moroccan, has been identified as the prime suspect. The young man turned himself in to the police, claiming his younger brother had stolen his identity and that it was him who carried out the attack.

The Islamic State group claimed responsibility for the attack.

In Cambrils, police said the four of the five killed suspects, who were armed with guns, were shot inside a van where it was reported they were wearing belts of explosives.

The fifth suspect was shot in the head after he was located by a helicopter.

During the attempt to stop the suspects, six people were injured, including three police officers.

The suspects refused to comply with police orders to stop, running into more people while escaping.

As the four suspects got out of the car, one of them was shot in the leg by police, resulting in an exchange of gunfire.

The fifth suspect tried to escape, stabbing a woman in his way.

The gun fight scene caused panic to spread throughout the resort town as tourists ran for refuge in bars and hotels.

When the suspects were gunned down and police retook control of the situation, forensic teams rushed to the scene as day broke to take fingerprints and collect evidence. 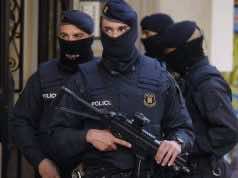