Rabat - In sympathy with their imprisoned relatives, the families of the detained Rif protesters have chosen to abstain from celebrating the sacrifice feast, reports Arabic-language news site , Al Aoual. 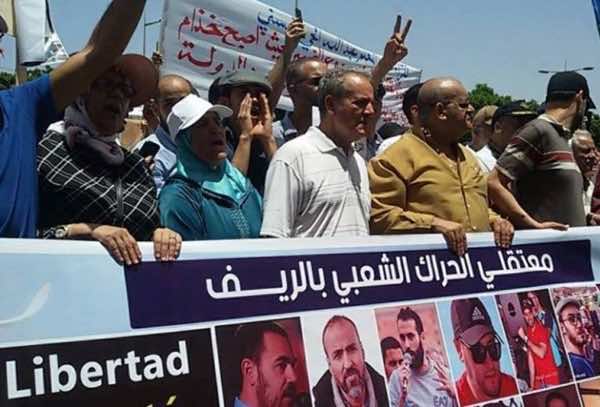 Rabat – In sympathy with their imprisoned relatives, the families of the detained Rif protesters have chosen to abstain from celebrating the sacrifice feast, reports Arabic-language news site , Al Aoual.

Awaiting the release  of the prisoners, the families have decided not to celebrate Eid festivities. However, they have said that they would attend the Eid prayer.

“We arenot boycotting the Eid ritual, but we refuse to celebrate [the holiday]when our innocent brothers, sons and fathers are in prison,” said the families in a communiqué published by Al Aoual.

The families clarifiedthat they are not requesting thatanyone elseparticipate in the boycott. “Boycotting the Eid celebrations in the homes of political prisoners is a step taken by the families of the detainees themselves and without obliging anyone to do so,” wrote the news outlet.

In the communiqué, the families of the detained activists stressed that they have the right and freedom to take appropriate steps to express their solidarity with their family members.

Meanwhile, the prisoners have expressed their wishes to their families to sacrifice one animal in their name and to give it to those in need.

The detained activists have also called on sympathizers to fast during the two days of Eid, Monday and Tuesday, in solidarity with them, noting that the call to fast is optional.