Rabat – Hurricane Irma, the strongest Atlantic hurricane ever recorded outside the Caribbean and the Gulf of Mexico, hit Florida on Saturday morning after pummeling islands throughout the Caribbean.

The storm formed near Cape Verde on August 30 before moving to the Caribbean, where it ripped through Barbuda, Saint Barthélemy, Saint Martin, Anguilla, and the Virgin Islands. By the time it reached Cuba on Friday, Sept. 8, 20 deaths had been reported, in addition to widespread property destruction of property.

The US National Hurricane Center has classified the storm as “extremely dangerous.”

Prior to the hurricane’s arrival in the state, Governor Rick Scott made a series of TV appearances warning the over 5.6 million residents in danger to evacuate.

“If you have been ordered to evacuate, you need to leave now,” he stated at a press conference on Friday. “Not tonight, not in an hour, now.”

“This is an unbelievably massive, destructive storm. It’s a killer,” he said at another.

The tropical cyclone could reach at least 12 feet, stressed the governor. “This will cover your house,” he told Florida residents. “You will not survive all this storm surge.”

The Category 5 storm comes soon after Hurricane Harvey hit Texas in the end of August after raging through the Caribbean. Seventy-one deaths have been confirmed as a result of the storm, the first major hurricane to touch down in the US since Wilma in 2005. The storm displaced over 30,000 and led to over USD 70,000 in damages.

Meanwhile, islands in the Caribbean are bracing themselves for the Category 4 Hurricane Jose, due to hit later on Saturday.

The intensity of the recent tropical storms has raised questions about the connections between catastrophic weather and human-made climate change. The major of Miami, Florida, Tomás Regalado, has called for an official governmental recognition of the role of climate change in the storms.

“If this isn’t climate change, I don’t know what is.” 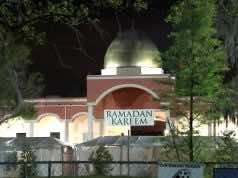 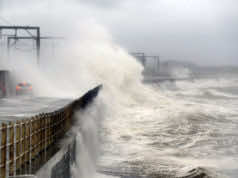 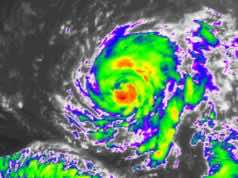 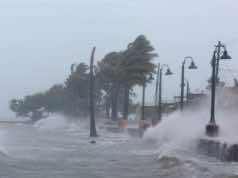 Egyptian Journalist Gloats Over Victims of Hurricane Irma, Deems it ‘Sign from God’