Rabat - The invitation of Israeli singer Noam Vazana to perform at Tangier’s Tanjazz festival on Sept. 15 has triggered a discussion in Morocco’s cultural sphere: does Moroccan solidarity with Palestine comes at the cost of building peace and tolerance with Israel, or does friendliness with Israeli artists signal a betrayal of Palestine? 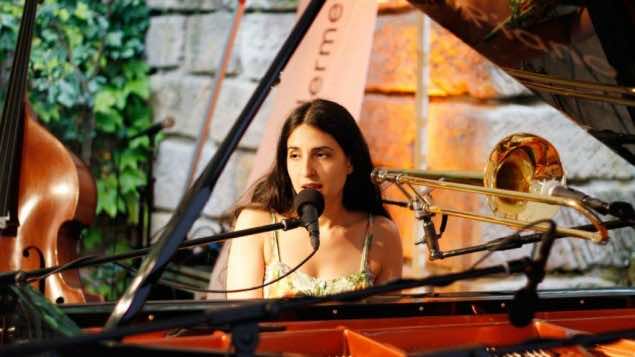 Rabat – The invitation of Israeli singer Noam Vazana to perform at Tangier’s Tanjazz festival on Sept. 15 has triggered a discussion in Morocco’s cultural sphere: does Moroccan solidarity with Palestine comes at the cost of building peace and tolerance with Israel, or does friendliness with Israeli artists signal a betrayal of Palestine?

In the past week, controversy has erupted over the Vazana’s upcoming performance in the northern city’s summer jazz festival. Between solidarity with the large Moroccan Diaspora living in Israel and support for Palestine, Vazana’s scheduled appearance at Tanjazz has renewed the split of public opinion concerning the Morocco’s relationships with Palestine and Israel.

Art for the Normalization of Israeli Culture

Vazana served in the Israeli army for her mandatory military service during the Al-Aqsa Intifada, in which the Israeli army “committed horrific massacres against innocent Palestinians” between 2000 and 2002, said the Palestinian Campaign for Academic and Cultural Boycott of Israel (PACBI).

To promote her art, she has also received financial aid for six consecutive years from the America-Israel Cultural Foundation, “one of the institutions of the Zionist lobby that seeks to polish Israel’s face and whiten its crimes against the Palestinian people,” indicated the PACBI.

Vazana herself presents her work as coming in support for Israel.“Whether Israeli artists like it or not, they are also representing Israel regardless of the content of their work,” she said in an interview with the America-Israel Foundation in 2014.

“I think every Israeli artist who performs abroad has the responsibility to be a positive presence.”

For Sion Assidon, a prominent Moroccan Jewish pro-Palestinian activist, Vazana’s nationalist pride and her promotion of a “good Israel” comes at the cost of the suffering of Palestinians.

Assidon recalled the fate of the Palestinians, ” in open-air prison in Gaza, where drinking water and electricity are in shortage, or in Jerusalem-AlQods, whose inhabitants do not have identity cards nor resident cards.”

“The massacres of civilians in Palestine happen at the cost of Israeli image,” he said.

Hosting an artist who “prides herself on participating in the criminal Israeli army” can only lead to the denial of “the inalienable rights of the Palestinian people and cover the crimes of the apartheid regime and Israeli colonization,” risking the normalization of Israel, warned PACBI.

For Israel, it is very important to produce a “positive image” to masquerade their war crimes. Assidon has called for civil society actors to come together and end the normalization of Israel and the blind promotion of its culture by boycotting Vazan’s performance.

“We must boycott an artist who has had institutional supports to come to bleach their bloody uniforms on our scenes. Will we be able to dissuade the organizers or dissuade them from coming?” he asked.

While Tanjazz did not issue any statement in response to Sion, the PACBI has endorsed his argument, saying that “we ask you to abide by the principles of the boycott of Israel and to be against the normalization of its culture, which are supported by the overwhelming majority of the Palestinian people and which have always been supported by the Moroccan people.”

Art for the Sake of Peace and Tolerance

On the other side, supporters of Vazana’s performance see her appearance at Tanjazz as an opportunity for promoting cross-cultural coexistence.

Far from accusations of the politicization of art and the normalization of Israeli cultural practices, Tanjazz’s official website describes Vazana and her duo with the Moroccan singer Teema, as two women who seek to “build bridges of understanding.”

“Listening to these women sing, you instantly connect to the beauty and joy of these ancient languages [Hebrew and Arabic] and become aware of how simple and beautiful it all is when people come together,” adding that “they support and participate in causes, such as workshops for Syrian refugees, musical projects bringing Israeli and Palestinians together, Salaam Shalom Amsterdam that encourage friendships between Jews and Muslims and more.”

Amazigh activist Mounir Kejji and member an organization dedicated to fighting anti-Semitism and to strengthening cultural ties with Israel, sees that “Vazana is coming to do something “positive in Morocco” to “advocate for peace and tolerance,” which for him is a noble cause, considering the large Moroccan Diaspora in Israel and the friendly diplomatic ties between the two countries.

“I almost feel pity for those who call for her boycott,” he said.“We must move beyond the tragedies of the past if we ever wish to make the world a better place.”

For Adil Abbara El Nhaily, founder of ShirAghani collective for Jewish and Arab cultures, Vazana cannot be prosecuted for her nationalist pride.

“She is from a country where it’s mandatory to be a part of the army, and she was born in a mindset that shows Israel as being the only country for Jews. Can we blame her to for having been a part of her country’s army and for taking pride in her country? We can’t look at everything through the nationalist vision we [Moroccans] have been raised in.”

The fact that Vazana is performing with a Dutch-Moroccan Muslim singer shows her to be an advocate of peace between Muslims and Jews, said El Nhaily.

Kejji also stated that making generalizations of the Israeli people does more harm than good. “Not all Israelis are alike. They, too, have doctors and scientists that help push humanity forward. We can’t afford to think that everything they do is propaganda.”

Cultural normalization with Israel has been a subject of controversy in Morocco for years. Andalusian singer Abderahim Souiri has previously performed in the Jewish state for Moroccan Jews, drawing similar criticism in the kingdom.

Similarly, the documentary film ‘Tinghir-Jerusalem, echoes of Mellah’ by French-Moroccan filmmaker Kamal Hachkar, which discussed Jewish immigration from Morocco to Israel, was also heavily criticized by Islamist groups. The film was seen by many as a propaganda for Israel.

Since the establishment of the Israeli state in 1948, Morocco and Israel have had a complicated relationship.

Just within a decade of its independence, a large number of the Moroccan Jewish community migrated to Israel. Throughout the late 20th century, more followed, until few remained in Morocco, making contact between the two countries inevitable.

Israel has long since tried to bring Morocco to its side. The country has hosted three Moroccan delegations, the latest of which was in 2016, to strengthen the bonds of friendship between the two countries.

The state’s latest attempt to create ties with Morocco was in last January when it reopened flights with Morocco after a 13-year halt, during which air traffic between the two countries was completely blocked.

Yet, under the surface of soft diplomatic relations, a great number of the Moroccan population firmly support the Palestine cause, which is endorsed by King Mohammed VI, who serves as the president of Al-Quds Committee and who consistently condemns Israel’s actions against Palestinians.

Meanwhile, civil society in Rabat and Casablanca are known for organizing the largest street demonstrations in the Arab World that come in the support of the Palestinian cause. 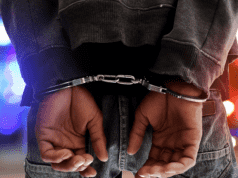 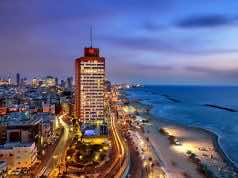