Rabat - The so-called Islamic State (ISIS) has claimed responsibility for yesterday’s explosion on a subway car at the Parsons Green metro station in London, according to international media. 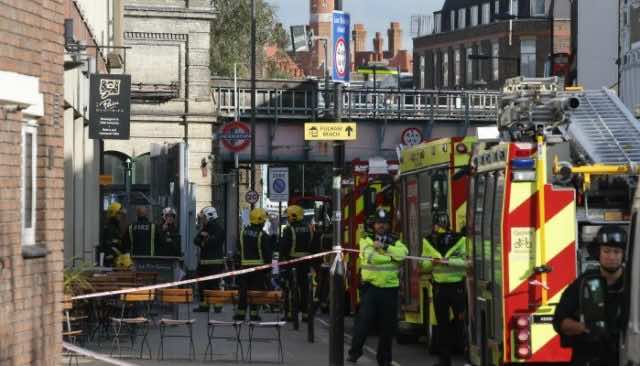 Rabat – The so-called Islamic State (ISIS) has claimed responsibility for yesterday’s explosion on a subway car at the Parsons Green metro station in London, according to international media.

The terrorist organization made their announcement through their news agency, Amaq.

Twenty-nine people suffered injuries on Friday after a homemade explosive device caused a blast during rush hour at Parsons Green, while others were injured in a stampede to escape the station after the bomb exploded.

British police announced on Saturday that they had made a “significant” arrest relating to the London tube blast. Authorities said that an 18-year old suspect was arrested in the port of Dover, a major ferry port for travel between Britain and France.

ISIS’ claim of responsibility came as the United Kingdom’s Prime Minister, Theresa May, recommended raising the terror threat to its highest level in order to prevent further attacks.

Theresa affirmed that military troops would replace police officers to guard certain protected sites which are not accessible to the public, according to British news outlet the Independent.

“The public will see more armed police on the transport network and on our streets providing extra protection. This is a proportionate and sensible step which will provide extra reassurance and protection while the investigation progresses,” May said.

Investigations are still ongoing in order to determine the circumstances of the terror attack, while the state’s authorities are looking into suspects who might be involved in the train attack.

Friday’s explosion was not the only terror incident carried out in London this year. In June, a van veered off the road and struck a number of pedestrians on London Bridge, while in May a suicide bombing attack at the Manchester Arena left 22 dead and 64 others injured.