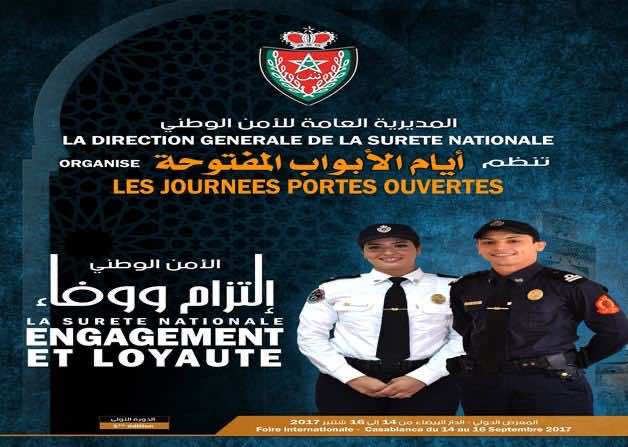 Rabat – Hundreds of Casablanca’s residents and visitors have flocked to the city’s International Fairgrounds to visit an exposition organized by the Moroccan General Directorate for National Security (DGSN).

Under the theme of “National Security, Engagement, and Loyalty”, the open house, taking place until Sept.16 a few blocks from the great Casablanca Hassan II mosque, has welcomed citizens of all ages and social classes to learn about the work of the national security organization.

The stands reveal the different services performed by the DGSN, especially the recruitment and training process, the DGSN’s various districts, and the role of the Mohammed VI Foundation.

The organizers have also devoted a stand dedicated to the professional working tools and instruments that used to be used by Morocco’s security forces, in addition to an artistic exhibition showing paintings of the sovereigns of the Alaouite dynasty, from Moulay Ali Cherif to King Mohammed VI

This initiative, which was highly advertised through social media ads, large posters, and panels set up around the city, was intended as an occasion for Moroccan citizens to explore the DGSN’s different departments and procedures.