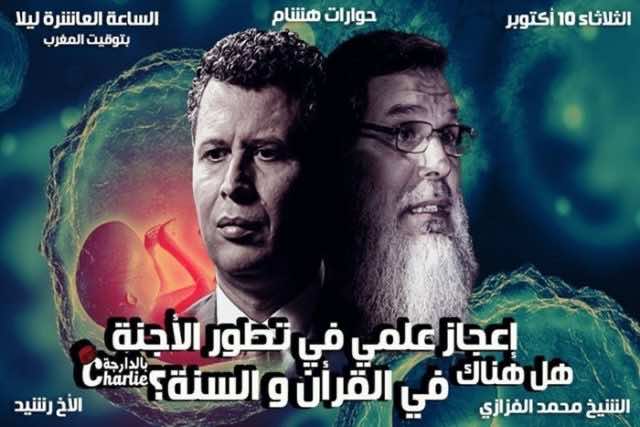 In a YouTube video posted on Friday, the two religious figures announced that they agreed to hold a video debate on October 10. The theme of the debate will be “the scientific miracles of the evolution of the fetuses in the Quran and the Sunnah.”

“In response to the so-called Brother Rachid’s invitation to debate, I am pleased to announce that I have accepted his invitation,” said Fizazi. “Hopefully this debate will be the first in a series of other debates.”

Fizazi’s response to Brother Rachid’s challenge comes after several years of tension between the two men.

Their feud dates back to 2012, when Brother Rachid posted a series of videos responding to criticism by Fizazi. After he challenged Fizazi to a debate, he announced that the sheikh had declined, despite having agreed to debate other Arab personalities known for their criticism of Islam, according to Rachid.

In July, Brother Rachid again called out Fizazi, accusing him of purposefully avoiding a debate.

The son of a renowned imam, Brother Rachid is one of the most well-known Muslim-Christian converts. The former Muslim hosts a weekly live call-in show on Al-Hayat TV, a Egyptian Christian TV channel, where he criticizes Islam and its values.

Fizazi was considered a radical preacher and a prominent member of the Salafi Jihadi movement in Morocco, After the attacks of May 16, 2003 in Casablanca, he was sentenced to 30 years in prison for his alleged ideological influence.