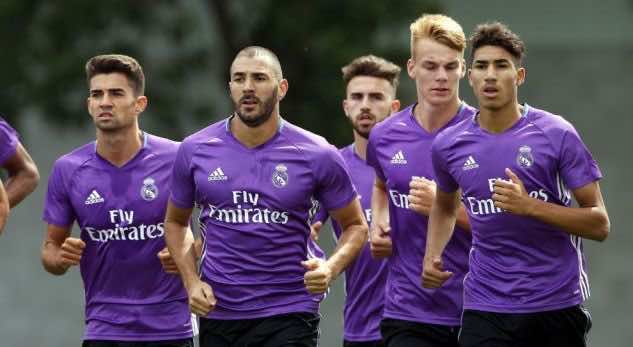 In a Facebook statue published on Monday, Real Madrid also addressed a congratulatory message to the Moroccan-Spanish youngster Achraf Hakimi, who made his first debut with Los Blancos on Sunday’s game against RCD Espanyol.

The 18-year-old footballer made his official debut at the Santiago Bernabeu, as Real Madrid’s key defender Dani Carvajal was unable to participate in yesterday’s match due to a viral pericardium infection. Born in Madrid to Moroccan parents, Hakimi is the first Moroccan player to represent Real Madrid. 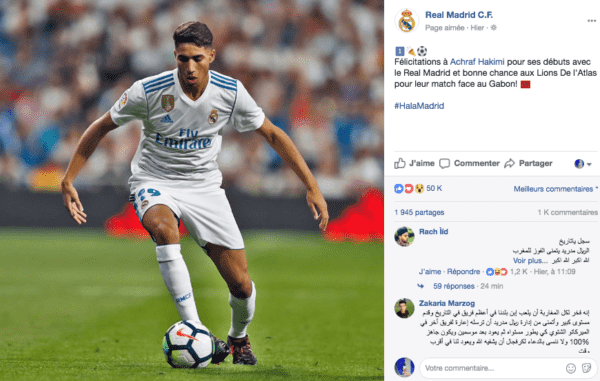 The footballer was promoted to the A-side on August 19. After the game, Zinedine Zidane, Real Madrid’s coach, said that Hakimi proved his worth to represent the team during Sunday’s 2-0 win over Espanyol, reported British news outlet Sports Mole.

The coach added that he “will not be afraid to continue playing the teenager.”

Zidane said that “[Hakimi] has done well and with this being his first match, he got involved and showed I could count on him. I won’t be afraid of playing him. Carvajal isn’t available, so he has a chance.”