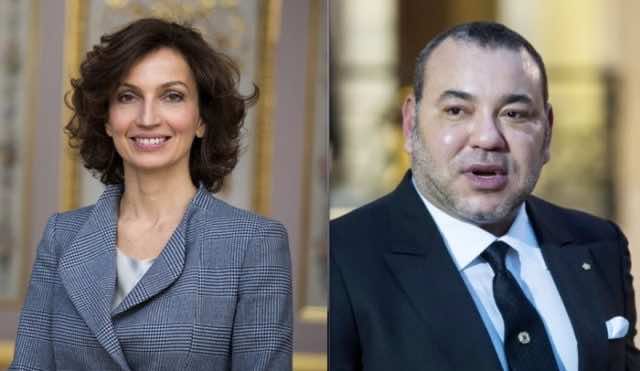 On October 13, the board of directors of the United Nations Educational, Scientific and Cultural Organization (UNESCO) had chosen Azoulay, the former French minister of culture, as its next director general.

The King expressed to the daughter of his senior adviser André Azoulay “his warmest congratulations and best wishes of full success in her new position.”

The monarch emphasized that the appointment of Azoulay as Director-General of the UNESCO testifies to the “high esteem which she enjoys among the member states of this institution,” saying he is “confident that the skills and experiences of Azoulay will be her most valuable assets in the mission which awaits her at the head of the organization.”

King Mohammed VI continued to say that “the Kingdom of Morocco, in accordance with its international principles and commitments, will spare no effort to continue to support the various initiatives of the Organization to promote the universal values ??of solidarity, harmony and communion between peoples and cultures.”