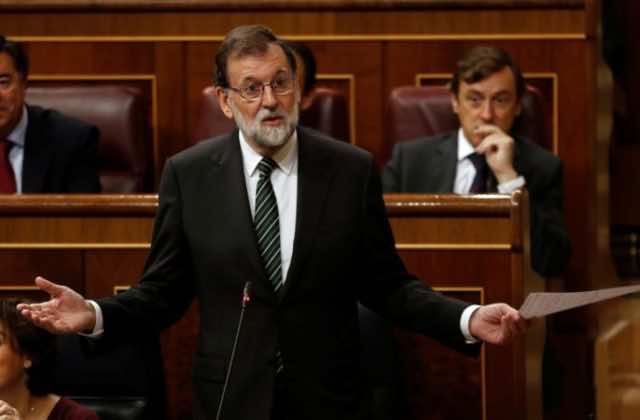 Rabat – After weeks of tense negotiations with the Catalan leader Carles Puigdemont, Spanish Prime Minister Mariano Rajoy, resolved this Thursday to trigger Article 155 of the Constitution, which will allow him to suspend the autonomy of Catalonia, said an official statement.

The Spanish government has announced that Article 155, which was never used since the restoration of democracy in 1978, will be activated on Saturday during a meeting of the Spanish Council of Ministers.

Spain is a unitary but highly decentralized state, as the Constitution of 1978 gave its 17 “autonomous communities” extensive powers in fields such as health and education. However, safeguards exist to allow the central government to intervene directly in a region’s affairs in a time of crisis.

Among them, Article 155 says that if a regional government “doesn’t comply with the obligations of the Constitution or other laws it imposes, or acts in a way that seriously undermines the interests of Spain,” the national government may take then “the necessary measures” to compel a region to respect its “obligations.”

While article doesn’t provide details on these “necessary measures,” Catalan officials and elected officials could be suspended, while the head of Catalonia could be replaced by the prefect of Catalonia, the main representative of the central state in the region.

Under this article, Madrid could also dissolve the Catalan Parliament to convene new regional elections.

After the independence referendum held October 1, the Spanish government told Catalonian President Puigdemont he had until October 10 to clarify whether the region had declared independence, to which the president responded by asking for time for dialogue.

Then, the Spanish government issued on October 16 a second ultimatum, stating that Puidgemont had until 10:00 a.m. on Thursday, October 19 to officially declare independence, or else Article 155 would be enforced.

Puidgemont’s reply arrived at 9:50 a.m. in a short letter addressed to the Prime Minister Rajoy, saying that Catalonia had not declared independence yet, but could do so if Madrid continued its “repression,”particularly by suspending autonomy via the trigger of Article 155.

“If the government of the State persists in preventing dialogue and pursuing repression, the Parliament of Catalonia may, if it considers it appropriate, proceed to vote a formal declaration of independence which wasn’t voted on October 10,”he wrote.

“Despite our efforts of dialogue, the suspension of autonomy is the only response provided by the government which indicates a lack of awareness of the problem.”

Puigdemont did not clarify his position regarding the declaration of independence despite the expiration of the ultimatum of Madrid.

The Spanish government said that it considers that he has not responded to its request and intends to go ahead with the suspension of autonomy of the region.

In his letter, Puigdemont also called for a meeting to be held “as soon as possible” and proposed a two-month deadline for negotiations with Madrid to find a political solution tothe crisis in Catalonia.