Rabat - While Egypt’s automotive market has been under pressure due to the impact of high inflation and interest rates, Morocco is on its way to gain “momentum” as North Africa’s new production hub, according to BMI Research. 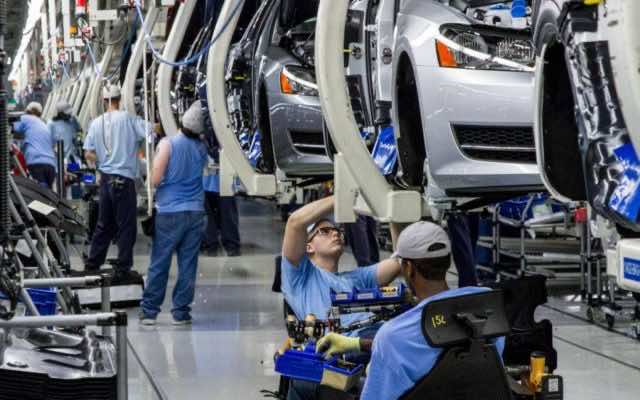 Rabat – While Egypt’s automotive market has been under pressure due to the impact of high inflation and interest rates, Morocco is on its way to gain “momentum” as North Africa’s new production hub, according to BMI Research.

The research firm’s latest trend analysis shows that North Africa is becoming a world leading production hub, stressing that Morocco will requires a solid local supply chain if it is to meet the government’s production target of 1 MN units over the next 10 years.

Morocco has been a key investment target for international automotive companies like French manufacturers Renault and PSA, and more recently Fiat subsidiary Magneti Marelli which signed an agreement with Morocco in September for the establishment of an automotive production plant in Tangier.

According to BMI Research, “the acquisition of Magneti Marelli by Samsung this year will support the Moroccan government’s aim to promote electric vehicles (EVs) within the next 10 years as parts of its ambitious goals for the automotive industry.”

Spanish multi-national Ficosa International, which specializes in manufacturing car parts, is also planning to invest EUR 50 million for the establishment of a plant in Rabat, Morocco, reported North Africa Post.

Sogefi, subsidiary of the CIR group, will also set up its first African site in the Tangier free trade zone, which is scheduled to start in early 2018. The plant will specialize in manufacturing two different models of engine filtration systems: a metal diesel filter and an oil filtration module.

JTEKT, Japanese manufacturer and world’s largest supplier of power assisted steering systems is set to launch its first MENA region production plant in Tangier Med, announced the company in late June. The project, which will be developed in the Tangier Automotive City, will make its start-up in 2018, according to a statement issued by the Tangier Med Special Agency (TMSA).

The investments confirm Morocco’s automotive industry attractiveness. The surge in investment in Morocco is the result of many factors, including the country’s 2009 National Plan for Industrial Development, which laid the groundwork for notable investors, including Renault in Tangier (France) and Bombardier in Casablanca (Canada). The attractiveness is also explained by the government’s facilities intended to boost and encourage investment in the country through different plans, including removing certain taxes in the first five years for investing companies.

The investment projects will not only boost the country’s economy, but also will offer jobs to meet the needs of local people.

BMI expects that the country will become the largest automotive market by the end of 2017, due to its positive macroeconomic fundamentals and increasing availability of cheaper, domesticallyproduced vehicles.

Japan’s Yazaki to Reinforce Presence in Morocco with 4th Plant