Rabat - Morocco expects to produce one million vehicles with a local integration rate of 80% by 2020, said  the Minister of Industry, Moulay Hafid Elalamy on Wednesday in Tangier. 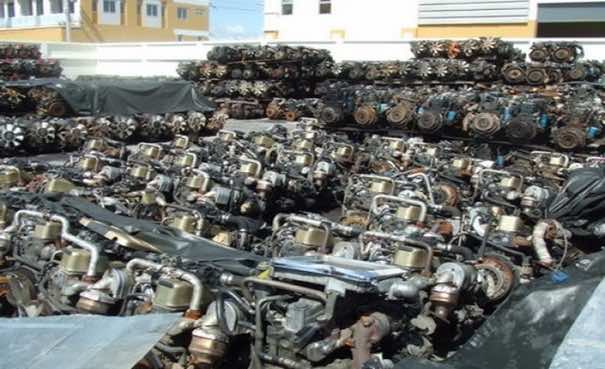 Rabat – Morocco expects to produce one million vehicles with a local integration rate of 80% by 2020, said  the Minister of Industry, Moulay Hafid Elalamy on Wednesday in Tangier.

“We are proud of this great success, but we will not stop there,” the minister told the crowd at the opening ceremony of the 4th edition of the Automobile Subcontracting Show in Tangier Automotive City. “

By 2020, we are counting on a production capacity of one million units, against 650,000 currently, the achievement of a rate of local integration of vehicles leaving Morocco by 80%  and a turnover of 10 billion euros, with the aim to create 160,000 jobs.”

Morocco offers foreign investors major advantages, including stability, security and competitiveness for the location of production and export logistics, alongside the presence of a highly skilled workforce, explained the minister.

“We have reached the critical size that attracts OEMs from all continents, including those from Asian countries,” said the minister, noting that the “Mohammed VI Tangier Tech City” project, launched by King Mohammed VI, is a decisive factor for Asian investors, who will have the opportunity to produce in Morocco and export internationally from a genuine hub for Europe and Africa.

In this framework, the Minister assured that the automotive sector has grown remarkably, committing to more local integration with the development of its national operators network and the diversification of its businesses. He noted that from 2014, when the IPA was launched, to 2016, the export turnover of the sector increased by 50%, from MAD 40 billion to MAD 60 million, with a prospect of exporting MAD 100 billion before 2020.

“With the restructuring of the sector into business ecosystems, the setting up of support and adapted financing mechanisms and the launch of the Renault ecosystem and the Peugeot project, we are making great strides towards achieving our objectives for the sector,” he stated.

The minister also stressed that this show has become an unmissable annual event for OEMs and manufacturers by offering investment opportunities and highlighting the indisputable strengths of an industry that has transformed itself, over the years, into a real lever for progress and industrial acceleration of the Kingdom.

“In the years to come, competition will be even tougher, but Morocco is ready to face it by having a winning position,” he said.

As part of the implementation of the Industrial Acceleration Plan, seven ecosystems have been launched in the automotive sector to date. The ecosystems concern automotive wiring, vehicle interior and seats, metal and stamping, automobile batteries, motors and transmission, and two car manufacturers, namely Renault and PSA Peugeot.

The three-day event, organized by the Moroccan Association for Automotive Industry and Trade (AMICA), aims to attract sub-contractors to set up around the OEMs in order to ensure proximity, reactivity and optimization of subcontracting costs, which is fundamental in the automotive sector.