Rabat - Moroccan authorities have made six arrests in connection with Thursday’s evening shooting, in which one was killed and two were injured at La Créme café in Marrakech. 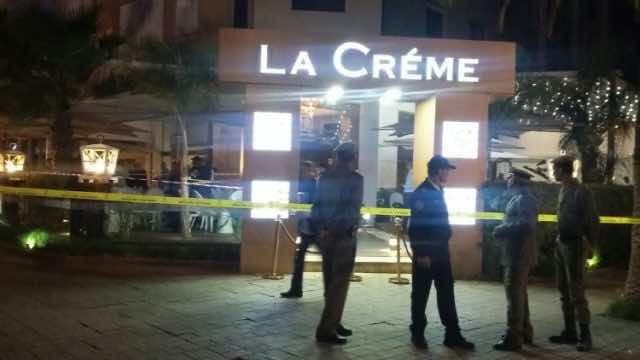 Rabat – Moroccan authorities have made six arrests in connection with Thursday’s evening shooting, in which one was killed and two were injured at La Créme café in Marrakech.

The arrests took place between Thursday evening and Friday morning in Casablanca, according to a statement issued by the General Directorate of National Security (DGSN).

The shooter’s identity has also been determined by the police, who said they are intensifying their search operations. The assailant was already sought by the national authorities for charges of money laundering, extortion and international drug trafficking.

The search operation for the main suspect, and any other parties involved in the crime, is still under way.According to the DGSN, determining the motive behind the shooting and the involvement of the victims is a top priority.

According to the preliminary investigations, the shooting was an act of “settling scores” in connection with an international drug trafficking network. The statement added that this network is also involved in similar crimes in other European countries.

On Thursday evening, two armed masked suspects opened fire on the cafe’s terrace, killing one victim and severely wounding two others. The suspects fled the scene immediately after the shooting at about 7:45 p.m. local time, using a T-Max motorcycle.

Moroccan media have reported that the victim was named Hamza Chaib, a 26-year old medical student, whose father is a highly placed judge in the city of Beni Mellal. A second victim, also a medical student, is now hospitalized in Marrakech’s clinic. The third victim was a waiter at the cafe.

The preliminary search operation conducted immediately after the act resulted in the discovery of the motorcycle, firearm, and bullets used in the crime. The attackers abandoned them in an empty lot before setting them on fire, according to the DGSN.

Head of Government Saad Eddine El Othmani took to his Twitter account after the incident, saying that the DGSN managed to arrest the shooters.

His tweet was immediately relayed by many news outlets, who announced the arrest of the suspects. But 34 minutes later, El Othmani posted another tweet saying that authorities were still looking for the suspects.