Rabat - The head of the Moroccan government, Saad Eddine Othamni, has hastily announced the arrest of the perpetrators of the murder that occurred in Marrakech on Thursday evening, only to retract his statement 34 minutes later. 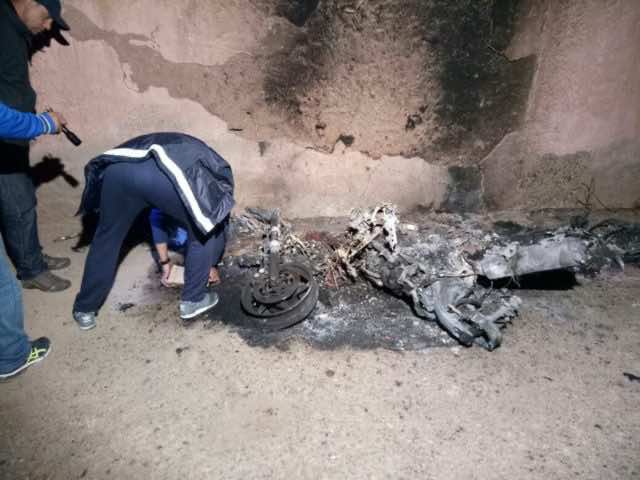 Rabat – The head of the Moroccan government, Saad Eddine Othamni, has hastily announced the arrest of the perpetrators of the murder that occurred in Marrakech on Thursday evening, only to retract his statement 34 minutes later.

In what appears to be an non calculated move, the head of government took to Twitter to announce that the Police has arrested the perpetrators.

“The members of the national security managed to arrest the perpetrators of the shooting in Marrakech, may God preserve the safety and stability of our country and watch over its people,” the head of government tweeted at 11 p.m.

His Twitter was immediately relayed by many news outlets, including, which at first announced the arrest of the suspects.

However, 34 minutes after his first Tweet, the head of government recanted his previous statement.

In a new statement posted on his Facebook account, Othmani said that police are still looking for the perpetrators of the murder.

“In a phone call with some officials, it appeared that the search for the perpetrators is still ongoing and those who have been interrogated by the police have nothing to do with the murder,” he said.

El Othamni made sure to delete the previous Tweet where he announced the arrest of the suspects.

The Police located the motorcycle and weapons used in the murder a couple of hours after it took place, according to local media reports.

Samira Sitail, the director of Moroccan television channel 2M, announced in a tweet that the motorcycle used by the two attackers and their firearm were found burnt.

Two men opened fire outside of cafe located in the touristic area of Hivernage in Marrakech, killing a 26-year-old man and injuring two people.