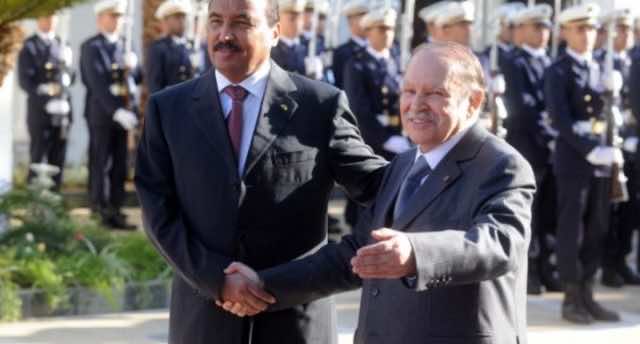 Rabat – Algeria and Mauritania have signed a landmark agreement to open a border crossing, which would be the first since the two countries’ independence, reports the official Mauritanian agency AMI.

The agreement was concluded by Mauritanian Minister Ahmedou Ould Abdallah and his Algerian counterpart Noureddine Bedoui during an official visit to Nouakchott.

Over several decades, the borders between Mauritania and Algeria  have been a no-man’s land home to cross-border smuggling of weapons, drugs, cigarettes, and migrants, as well as terror activities.

Bedoui said that Algeria is “confident” that this crossing will benefit the two countries’ mutual interests in various fields allowing the transit of people and goods, and will be a security fortress buffering against terrorism, crime, and other security threats.

“In line with the will of the two countries, we will work hard to strengthen cooperation in light of the challenges in the region,” he added.

The Mauritanian official also believed that the land crossing would facilitate security cooperation in the fight against illegal immigration and transnational organized crime.

The two countries have also been collaborating on a road construction project between Tindouf in Algeria and Choum in Mauritania for more than a decade.

The opening of this crossing point reflects the decision of the Algerian-Mauritanian High Joint Committee at a meeting in December 2016 in Algiers, followed by expert meetings in April and last September.

However, no official date has been announced for the effective opening of this crossing, which on the Mauritanian side will be located in Cheggatt, in the extreme north-east of the country, nor on the importance of the anticipated benefits in terms of trade.

According to Middle East Monitor (MEMO), the construction of the crossing would “not be an easy task,” as the nearest cities on either side are more than 700 kilometers away. This would require the creation of a new route and the deployment of “high levels” of civil and military forces to man the crossing.

The new crossing would “likely antagonise” Morocco, wrote MEMO in September, given the diplomatic tension with Mauritania at the time for imposing restrictive measures on Moroccan exports.

The news outlet reported that Mauritania was also considering closing the Guergarate border with Morocco and replace it with the Mauritanian-Algerian borders near Tindouf, which would “allegedly deny” Morocco a direct access route to the sub-Sahara Africa.

However, the Guergarate route annually registers 40,000 travelers heading to sub-Saharan Africa via Morocco, which would not be matched by the Algerian-Mauritanian border, long known as a haunt for traffickers and armed fighter group.