Rabat - Morocco's wealth more than doubled between 1999 and 2013, from MAD 5.904 billion to 12.833 billion, an average annual increase of five percent, according to a study by the Economic and Social Council (CESE) and Bank Al-Maghrib. 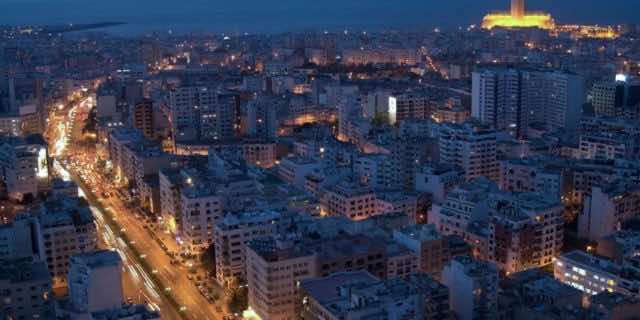 Rabat – Morocco’s wealth more than doubled between 1999 and 2013, from MAD 5.904 billion to 12.833 billion, an average annual increase of five percent, according to a study by the Economic and Social Council (CESE) and Bank Al-Maghrib.

The country’s Intangible Capital is the main asset of the global wealth, “with an average share of 73 percent between 1999 and 2013,” said the research entitled “The intangible capital: factor of creation and equitable distribution of the national wealth.”

During the same period, adjusted Net Savings (ENA) recorded an average 17.4 percent of Gross National Product (GNP), confirming that Morocco is on a “sustainable growth path.”

Nevertheless, the study sees that GNP generated by ENA “is not sustainable in the long term,” given its downward trend, which went from 24.1 percent in 2006 to 14.8 percent in 2013.

Further, the national economy has reached a new level of growth at 4.6 percent in 2013 compared with 3 percent in the 1990s, while per capita income has almost doubled owing to sectoral policies, infrastructure projects and purchasing power policy.

This growth has also pushed for an “almost universal access” of rural populations to drinking water and electricity and the construction of roads for more than three million inhabitants in rural areas.

Despite these advances, the study finds that a number of challenges remain, including youth unemployment, social and regional inequalities, and lack of trustworthy governance.

The mMinister of Economy, Mohamed Boussaid, as previously indicated that a lack of developed skills is “a handicap to economic and social development.”

In terms of the “endemic” corruption in the country, Boussaid recalled that Morocco scored of 3.7 out of 100 in Transparency International’s Corruption Perceptions Index.

Meanwhile, Freedom House rated the Functioning of Government with 3 points of 12 points, stressing that corruption is “rife in state institutions and the economy,” and that “despite the government’s rhetoric on combating corruption, it has a mixed record on enforcement.”