Morocco World News
Home News Africa EU ‘Will Not Recognize’ Polisario Even If It Takes Part in EU-AU...

Rabat - European Union spokesperson Catherine Ray confirmed on Wednesday that “the EU will not recognize SADR even if it participates in the Euro-African Summit,” scheduled for November 29 and 30 in Abidjan. 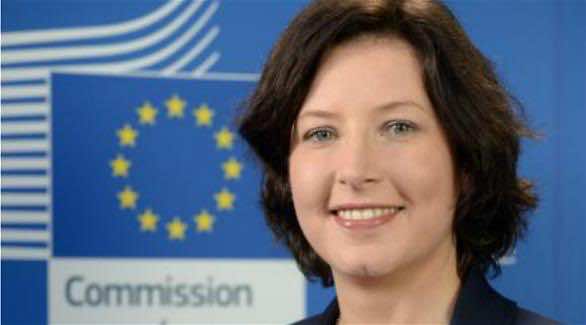 Rabat – European Union spokesperson Catherine Ray confirmed on Wednesday that “the EU will not recognize SADR even if it participates in the Euro-African Summit,” scheduled for November 29 and 30 in Abidjan.

“The Polisario’s participation in this summit or any other international event does not alter the EU’s position on non-recognition of the Sahrawi Arab Democratic Republic,” said Ray during a conference held on Wednesday.

In late September, the conference’s name was changed from the “EU-Africa Summit” to the “EU-AU Summit.” The renaming led the Algerian ambassador to Brussels, Amar Belani, to proclaim to state-run press agency APS that this meant SADR was invited by default.

During the preparations for the summit, “questions have been raised to whether the Sahrawi Arab Democratic Republic will participate,” said Ray.

She continued to say that both organizations are expected to prepare their “list of participants” during events hosted in their territories, implying that Polisario will not be invited to the next 2020 AU-EU summit in Europe.

After Belani’s statement, efforts to keep the SADR off the guest list escalated. The French Foreign Minister, Jean-Yves Le Drian, said during a visit to Morocco that his country only wanted “sovereign” states to attend the meeting. This implicitly ruled out the SADR, as it is not recognized by France.

Stoking the flames, South Africa announced in mid-October that it would forcibly change the location of the summit if the separatist organization was not included.

The longtime Polisario Front-supporter issued an ultimatum, giving the summit organizers until October 27 to invite the SADR, or else South Africa would move the conference to Addis Ababa, Ethiopia, where the AU headquarters are based.

Barring a forced relocation at the hands of South Africa, the 5th EU-AU Summit will be held November 29 and 30 in Abidjan, Ivory Coast, where invitees will discuss “investing in youth,” peace and security, democracy, good governance, sustainable development, and continental integration.

However, sources close to the Morocco’s AU delegation told Morocco World News late October that SADR’s participation had been ruled out.

The confirmation came after an unnamed Ivorian official told pan-African magazine Jeune Afrique, “We do not recognize this state [SADR] and have informed the chairperson of the [AU] Commission. We are financing this meeting, and we invite who we want.”

The question of SADR’s attendance was the subject of weeks of back-and-forth between officials from Morocco, Algeria, South Africa, and other countries from both continents.