Rabat - King Mohammed VI sent, on Wednesday, a message to the chairman of the United Nations Committee on the Exercise of the Inalienable Rights of the Palestinian, on the occasion of the International Day of Solidarity with the Palestinian People. 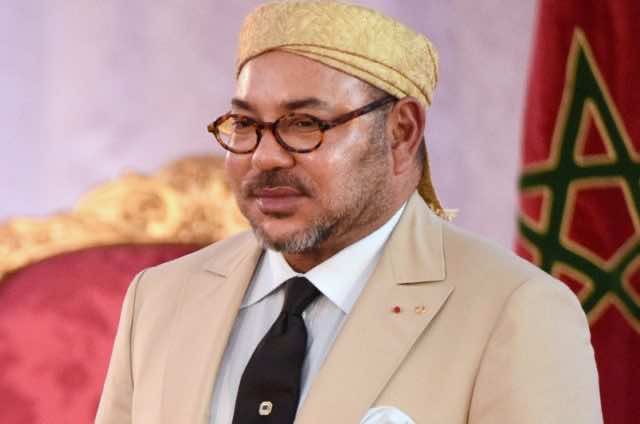 Rabat – King Mohammed VI sent, on Wednesday, a message to the chairman of the United Nations Committee on the Exercise of the Inalienable Rights of the Palestinian, on the occasion of the International Day of Solidarity with the Palestinian People.

Here follows the full text of the royal message:

Your Excellency, Mr. Fodé Seck, Chairman of the Committee on the Exercise of the Inalienable Rights of the Palestinian People,

I should like to extend my warmest congratulations to our sister nation, the Republic of Senegal, for the renewed confidence placed in that country to chair the Committee for a forty-second consecutive term.

The trust placed in Senegal by the international community attests to the role played by this sister nation at the global level. Through this mandate, the UN system recognizes Senegal as an important player in the international arena. This is evidenced by the pivotal role Senegal played at the United Nations Organization, which led to the adoption of Security Council Resolution 2334 on 23 December 2016 that deemed that no settlement activity in the occupied Palestinian territories had any legal validity.

I have been in the habit of sending a message to your esteemed Committee on this International Day to reiterate the Kingdom of Morocco’s position as well as its continuing, unwavering support for the historical and legitimate rights of the Palestinian people. It gives me pleasure to express, once again, my appreciation to the distinguished Committee members for their sincere efforts to foster awareness of the need to defend the inalienable rights of the Palestinian people, uphold legitimacy and set up the independent Palestinian State, with al-Quds al-Sharif as its capital.

Last year, I concluded my message to you on a hopeful note: that 2017 would be the year during which the peace process would no longer be in a state of insuperableness and stagnation, and that we would see the light at the end of the long tunnel as far as the Palestinian cause was concerned. It is, however, most regrettable that not only do hopes of peace seem to be fading, but peace itself appears unattainable. As a result, fears of an uncertain future in the region have been growing, especially as the facts on the ground, which the Israeli government confirms with each passing day, point to an intention to lay the two-state solution to rest – a solution which the international community agreed would be the only way to resolve the Palestinian conflict. Those facts on the ground substantiate the principle of a single, apartheid-like state, with two systems.

It was my hope and the hope of the Palestinians – indeed of all freedom-lovers around the world – that 2017 would see the end of the Israeli occupation so that efforts could be focused on the practicalities of the peace agenda. However, the other party has sought to divert attention towards secondary matters, which are the natural outcome of a colonial policy and of an intensification of settlement activities, both of which create fertile ground for violence and extremism.

Instead of reacting positively to the Arab Peace Initiative and other international initiatives – especially the 2003 Road Map, which was adopted by the Security Council, and the French initiative, which led to the Paris Peace Conference earlier this year, in a bid to salvage the two-State solution – the Israeli Government rejected all of the above without proposing alternatives or constructive solutions to resume negotiations with the Palestinians that would lead to a two-State solution, for two countries living side by side, in peace and security.

Every day brings a host of violations perpetrated against the Palestinians in the occupied territories, including the infringement of their right to freedom of movement and expression, more and more arbitrary arrests, prolonged detention without trial and ill-treatment of prisoners, not to mention repeated incursions into many parts of the West Bank. Given these practices, the international community is duty-bound to enforce the international mechanisms for the protection of the Palestinian people.

What is indisputable is the fact that the ever expanding construction of illegal settlements is an enemy of peace. Such illegal activities have increased at an alarming rate since the beginning of 2017, not to mention the retroactive legitimization of settlement outposts, in blatant defiance of Security Council resolutions and in violation of all international instruments and resolutions relating to the Palestinian issue. It is therefore legitimate to wonder: Is there still room for the establishment of a Palestinian State that would live side by side with Israel?

Maintaining the status quo would undoubtedly constitute a real threat to the Palestinian and the Israeli peoples, and the risks of tension, extremism, incitement of hatred and instability would remain real in the region and the world.

We note, with deep concern, the Israeli government’s persistence to allow settlement schemes to continue in the occupied Palestinian territories, including in holy sites in al-Quds. We therefore call on the Security Council and all members of the international community to act swiftly to compel Israel – the occupying power – to respect the legal and historical status of the occupied Palestinian territories.

When we refer to the Palestinian State, that naturally includes the Gaza Strip, for it is an integral part of Palestine. This Palestinian territory has been under Israeli siege for a decade. As a result, the pace of reconstruction, following the 2014 Israeli aggression, has been very slow, thereby hindering the development process and driving up the unemployment rate to nearly 60%, according to UN estimates.

Last July, in my in capacity as Chairman of the Organization of Islamic Cooperation’s al-Quds Committee, I sent a letter to the UN Secretary-General, drawing his attention to the Israeli authorities’ continuing and systematic violations in al-Quds and in al-Aqsa Mosque designed to impose new facts on the ground. I called for swift measures to be taken to compel the Israeli government to respect the legal and historical status of al-Quds and the holy sites, and warned against the perils of turning the Palestinian-Israeli political dispute into a religious conflict.

A few months later, the Israeli government lifted the ban on visits by members of the Knesset to the blessed al-Aqsa Mosque, allowing them to enter the al-Haram al-Sharif in East al-Quds, under the protection of the police. This decision is basically and ultimately designed to pave the way for the spatial and temporal division of the al-Aqsa Mosque, without any regard for international appeals to refrain from changing the legal status of those places.

The changes Israel has systematically introduced with respect to the historical status of al-Quds and the al-Aqsa Mosque amount to playing with fire. Indeed, the Israeli practices are likely to arouse sentiments of religiously motivated hostility which could lead to a violent religious conflict. I therefore call once again on Israel to respect the historical and legal status of the holy sites in the city which has been occupied since 1967, and I reiterate our rejection of Israel’s decision to annex it.

The division that prevailed, for years, among our Palestinian brothers played into the hands of the Israeli occupation, and the biggest losers are the Palestinians, who have long been yearning for unity and a dignified life.

I have stressed, on many occasions, the need to end the state of division and to opt, resolutely and in good faith, for a national unity Government that would shoulder its responsibilities towards the Palestinian people and serve as the sole, credible interlocutor in any endeavor with the international community to end the ordeal and the injustice suffered by the Palestinians.

Today, after years of division and scattering of efforts, our Palestinian brothers have concluded a reconciliation agreement. We cannot but welcome that. It is a step in the right direction – one which is likely to help end the state of division and restore the spirit of national unity, as a prelude to fulfilling the Palestinian people’s aspirations for an independent State, with al-Quds as its capital. I hope our Palestinian brothers will continue to consolidate their unity and to close ranks in order to serve the Palestinian national agenda.

It goes without saying that the Palestinian cause is the most important issue for the Arab and Muslim world. Allowing it to go unresolved jeopardizes the future of the peoples in the region and is a key driver of extremism and instability. Therefore, it is necessary to break the stalemate and put an end to the uncertainty characterizing the peace process. Moreover, there should be meaningful negotiations between the Israelis and the Palestinians, with a reasonable time frame, in order to end the occupation and reach an agreement that covers all final-status issues. In the meantime, Israel, being the occupying power, must respect the historical and legal status of the al-Aqsa Mosque and the al-Aqsa Mosque Compound and stop all unilateral measures aimed at changing the Arab, Islamic and Christian identity of East al-Quds. Similarly, the 4 June 1967 lines should be considered as the borders of the Palestinian State, and the settlement activities in all occupied Palestinian territories should stop, in compliance with the relevant United Nations resolutions – the latest being Resolution 2334, passed in 2016.

My call for the establishment of an independent Palestinian State is an appeal for legitimacy to be upheld and for an end to be put to the injustice inflicted upon the Palestinian people, so they may fulfil their aspirations for freedom, independence and a dignified life, just like the other peoples of the world.

The continuation of the occupation is a blot on the conscience of Israel and the international community. The latter has a legal, political, moral and humanitarian responsibility to end the occupation as well as Israel’s illegal practices in the Palestinian territories. Those practices are the main reasons and arguments put forward by terrorist groups to justify their criminal agenda in the region and in the world.