Rabat - The international community is responding to the call of several worldwide space agencies for the creation of a “Space Climate Observatory,” aimed at pooling climate data obtained from space. 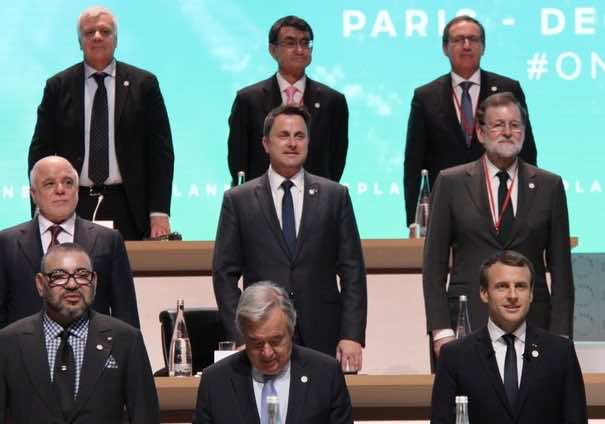 Rabat – The international community is responding to the call of several worldwide space agencies for the creation of a “Space Climate Observatory,” aimed at pooling climate data obtained from space.

On the eve of the One Planet Summit, more than 25 countries were present at the French government space agency CNES to adopt the Paris Declaration, which proposes the creation of the observatory.

This observatory comes to boost the efforts made by the international community in accelerating the transition to a carbon-free economy, by making available to states and the scientific community spatial data useful for monitoring the state of health of our planet.

“Since surveillance from space is inherently border-independent and universally accessible, space is particularly relevant for raising awareness on climate change issues,” says the Paris Declaration.

Of the 50 climatic variables essential for understanding the climate, 26 are observed from space using satellites. These follow in particular the evolution of the globe’s temperatures, the rise sea level, and the emission of greenhouse gases such as carbon dioxide and methane.

In addition to Morocco, this initiative is supported by all European space agencies, as well as China, India, Russia, Mexico, the United Arab Emirates, and other countries.

The US National Oceanic and Atmospheric Administration (NOAA) was not present at the meeting organized at the headquarters of the CNES, on the occasion of the climate summit organized Tuesday by French President Emmanuel Macron. The Russian space agency Roscosmos was also absent.

Overall, 12 international commitments to combat climate change were announced on Tuesday during the summit, in which King Mohammed VI took part accompanied by his son, Prince Moulay El Hassan.

The sovereign, who presided on November 2016 the “African Summit of Action,” organized in the margins of the (COP22), is trying to develop a common vision to defend the continent’s demands, particularly with regard to financing and technology transfer, with almost all African heads of state who were presented at the summit.

Macron also paid a tribute to the royal commitment to sustainable commitment at the opening of this global event: “We thank HM King Mohammed VI who proved, through his presence in this opening session, his commitment to the climate cause via the organization of the COP22, his leadership for sustainable development in the African continent and an ambitious program for renewable energy development.”

The summit also offers the kingdom an occasion to prove its commitment for the mobilization of all means, mainly financial ones, to contribute to international efforts to fight climate change. Morocco pledged to reach 52 percent of renewable energy-based electricity by 2030 and slash by 42 percent its greenhouse gas emissions by 2030. This goal requires a budget of USD 45 billion.

In this regard, Morocco is the first beneficiary of the Green Fund for Climate which approved 21 Moroccan projects and 54 African ones.