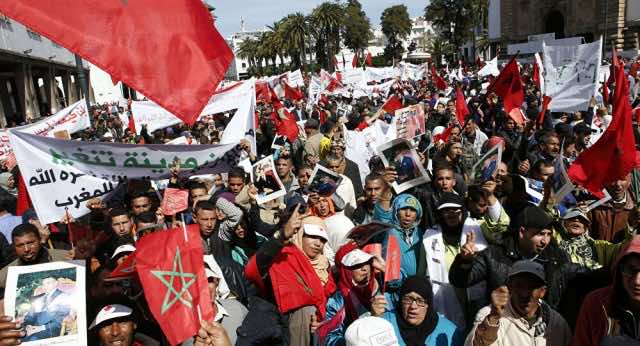 By
Chaima Lahsini
-
Chaima Lahsini is freelance journalist and activist with the Al-Fam collective in Rabat.
Jan 13, 2018
Spread the love

Based on a survey run across 64 countries, Morocco ranks as the first homeland where people are willing to fight for their flag, with the crushing majority of 94 percent of the people surveyed answering yes to the call for battle. 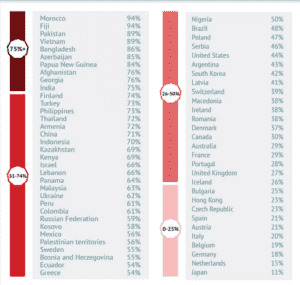 Overall, the willingness to fight is highest in the MENA region with 83 percent compared to only 25 percent in Western Europe. With 11 percent, the Japanese are the least likely to be willing to fight for their country, followed by Germany with 18 percent, the UK with 27 percent, and France with 29 percent.

The survey also ranked the willingness of people to fight for their country based on their religion as well. Muslims lead the poll, with 78 percent, followed by Hindus at 77 percent, Buddhists at 66 percent, and Atheists/Agnostic at 57 percent. 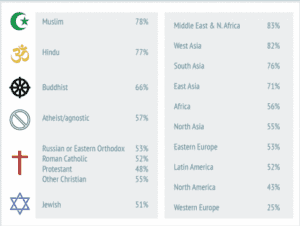 Over half of women surveyed by the institution also said they would be willing to fight at a rate of 52 percent, compared to 67 percent among men. Those aged between 18-34 years are the most willing at a 66 percent rate.