Rabat - Morocco's Minister of Foreign Affairs and International Cooperation, Nasser Bourita, is to fly to Addis-Ababa to attend the 32nd ordinary session of the African Union’s executive council, a meeting that assembles the foreign ministries of the African Union's member states. 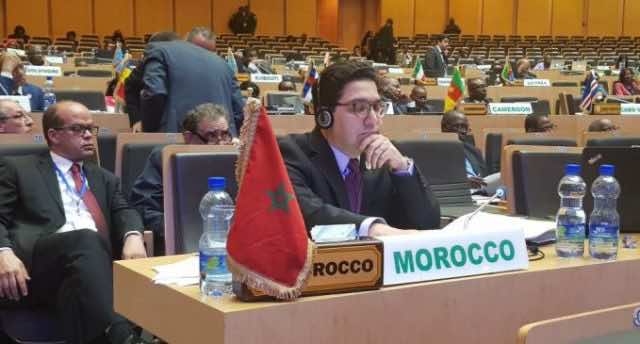 “Nasser Bourita will fly to Addis-Ababa this afternoon, immediately after attending the council of government and a meeting in Cairo with Britain’s delegate minister of foreign affairs,” a government official indicated, adding that a Moroccan delegation is already present at the summit in Addis-Ababa.

During a summit that will last for two day, the executive council will examine the rapports of the PRC,  the work of the president of AU Commission from January to December 2017, and the rapports of the delegated committees of the executive council. The summit will set the agenda for the 30th ordinary session of heads of states and governments which will start on January, 27th.

The summit’s most important event will be the election of 10 member states to the AU’s Peace and Security Council.

The summit will also be marked by a leadership transfer from Guinea’s Alpha Condé, incumbent president of the African Union, to Rwanda’s Paul Kagame who will preside over the continental organization for one year.

Fighting against corruption and attaining financial independence will be the two major themes of the 30th summit of AU’s heads of states and governments.