Rabat - One of the most exciting developments in the field of cultural diplomacy is taking place between February 8-18 in Casablanca. 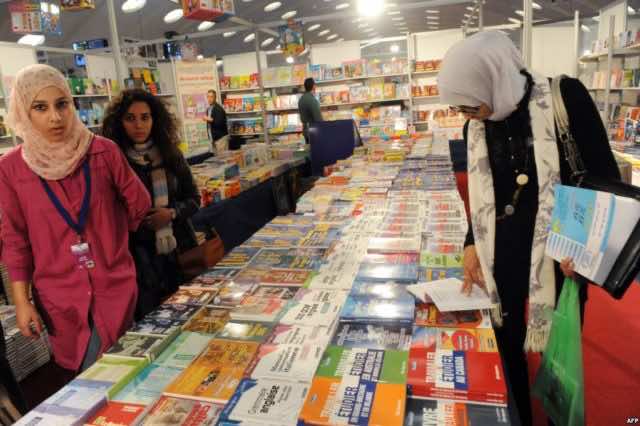 By
Irina Tsukerman
-
Irina Tsukerman is a New York based attorney, whose focus is on assisting human rights defenders, liberal democratic dissidents, and persecuted minorities, and who frequently writes about security issues, human rights, international affairs, and geopolitics.
Feb 8, 2018
Spread the love

Rabat – One of the most exciting developments in the field of cultural diplomacy is taking place between February 8-18 in Casablanca.

The 24th annual Casablanca book fair is bringing together over 700 book vendors, and will have a special focus on the “guest of honor”, Egypt. Morocco and Egypt have had a tense relationship in recent years. Since President Al Sissi’s rise, Egypt has been growing closer to Algeria, a sore point for Morocco due to Algeria’s ongoing diplomatic attacks against her regional rival, as well as the funding of the separatist group Polisario. The distancing is said to have been precipitating by a media brawl, during the course of which two Moroccan video channels referred to the overthrow of Morsi’s government as a “coup.”

Prior to that, the two countries enjoyed a long-standing political, and cultural relationship. On a practical level, the distance between the two African countries, which also play an important role in Middle Eastern relations, is damaging. Both Morocco and Egypt have legitimate security concerns related to border issues and the rise of terrorism and extremism, and have taken a tough stand on countering Islamist influence inside their countries, as well as regionally.

Nevertheless, the issue of  national sovereignty remains central to Morocco, and President Sissi’s unwillingness to shift on the issue of Western Sahara has been a source of distrust, particularly after Egypt welcomed a Polisario delegation in 2016. That move was surprising and unwelcome after Egypt’s staunch support for Morocco during the brief diplomatic crisis involving the prior UN General Secretary Bai Ki Moon’s comments, which characterized Morocco’s presence in Western Sahara as “occupation”.

The deterioration in relations continued with President Sissi’s participation in the Arab-African summit in November of 2016, which 9 Arab states withdrew from due to participation from Polisario.

On the other hand, Egypt, currently involved in a dispute with Ethiopia over water issues, and the Grand Renaissance Dam project, took Morocco’s King Mohammed VI’s diplomatic visit to Ethiopia as a provocative reaction to Egypt’s participation in the summit. While to the rest of the world, this internecine bickering may not seem particularly important, and while,, to the extent the Polisario issue is covered at all, the separatists as presented as innocuous underdogs vying for self-determination, the issues involved are not only of great importance to Morocco, but have much wider potential repercussions.

Algeria, in its quest for regional leadership (despite a high unemployment rate, persistent corruption, and uninspiring military junta at the head of the government), touts its deradicalization record in global fora, despite the fact that Islamists are actually gaining ground. It seeks to exploit any daylight between other leading countries, in an effort to bolster its own positions and importance on the international front.

But setting aside regional rivalries, there are international actors who are ready to take advantage of any tensions between Morocco and Egypt, and in fact, are hoping that these differences may increase. Russia, for instance, has been developing independent relationships with both countries, primarily focused on defense contracts.

Russia is seeking to gain foothold in Africa, though so far is lagging behind China, which has a lot more to invest in terms of infrastructure projects and non-lethal trade. China, however, is taking a neo-colonialist approach to infrastructure building; it’s seeking exploitation, rather than equal partnerships.

Russia’s approach in other spheres of influence, thus far, has been to be seen as a loyal ally (up to a point) and a business partner in developing energy projects and security mechanisms. Russia’s historic predecessor, the Soviet Union backed Algeria, and armed and trained Polisario as a separatist terrorist group in Cuba. Today, however, with a world no longer quite as bipolar as during the Cold War, Russia strives to diversify its relationship portfolio, managing to play both sides of most conflicts and rivalries.  Russia-Egypt military relationship is growing; it would be growing without any MOrocco issues in the picture, because President Sissi is looking to empower and professionalize his army.

However, where is any potential for a dispute, Russia seeks to be an instigator, rather than a peacemaker. One should look at Yemen and Syria, where Russia has been successfully conducting diplomatic and even business relations with various parties to the conflict; however, it is quite possible that Russia may have been originally behind the Houthi revold, just like it has stirred the pot in Georgia’s South Ossetia region, more recently in the Balkans, continuing the tradition of arming separatist groups and liberation movements left over from the Soviet Union – but with a more complex tasks of creating conflicts in order to exploit everyone involved, not just to face off the West.

For now, Russia is at peace developing independent relations with each country – but if there is any chance for a tension to heat up, Russia will not miss an opportunity to exacerbate it to its own advantage, even if that means meddling and disseminating disinformation. Much has been written about Russia’s involvement in Western elections, but little is known to what extent Russia is meddling in other, less watched places and processes, such as in Africa. Two great regional powers bickering? That suits Russia’s interests in raising its own profile and growing stronger and more involved at the expense of both.

If there is one actor, that hopes to see Egypt and Morocco’s relations continue to deteriorate, and cooperation becoming more tense, it is Iran, which has followed China’s lead in using the entire African continent as a backdrop for secretive operations, open interference, instigation of violence, and spreading chaos.  Iran has at times used Sunni extremist groups, such as various Muslim Brotherhood proxies, to its own advantage to destabilize potential rivals and create additional headaches for its adversaries.

In Africa, it seeks to arm violent Shi’a militias, but may also exploit efforts aimed at curbing the activities of Boko Haram, Al Shabaab, ISIS, and Al Qaeda. It may fund these terrorists in order to weaken countries that may stand in the way of Iran’s influence elsewhere. Egypt, for instance, is a prime target, battling terrorism on the borders, fighting Muslim  Brotherhood internally, and is also part of the anti-Terrorism Quartet, which also included Saudi Arabia, UAE, and Bahrain, and which are the prime opposition to Iran in the Middle East.

Having Egypt embroiled in endless controversy, distracted with minor issues, and at odds with other influential countries in Africa makes it less likely to pay attention to Iran’s activities elsewhere, and to provide effective backing to its partners.

And Morocco is the polar opposite of Iran in every way – a stable monarchy with the line of descent going all the way to Mohammed, rather than a revolutionary ayatollah-led mixture of ideologies cobbled together with a dollop of Communist of influence, Morocco is effectively fighting corruption, seeking to improve education and employment, focusing on peaceful but effective regional diplomacy, and investing into solar energy, space technologies, its own citizens, and the training of imams from across the region in more moderate traditions of Islam – rather than expending its resources on expensive foreign entanglements and wasteful conflicts.

For that reason, although Iran dares not confront Morocco directly, its success in Africa is not something particularly pleasing to the Islamic Republic, given its own increasing involvement in the continent. Morocco’s positive leadership and strong relations with other countries would provide a counterincentive for the disaffected and the disenfranchised, a more positive model for weak, dependent countries, and a bulwark against Iran’s aggressive expansionism. Poor relations with Egypt may put a damper on Morocco’s diplomatic successes, and undermine her authority.

Given all these considerations, making Egypt the “guest of honor” at the book fair was a brilliant strategic move. Not only is this a peaceful gesture aimed at a subtle diplomatic reconciliation, but it also brings the two countries together on a cultural level, beyond the occasionally inevitable political grandstanding and resolution of strategic differences. Sending a gesture of goodwilll on a people-to-people level aims to restore long term trust, and inspire a joint cultural renaissance that emphasizes the positive things Egyptians and Moroccans can enjoy no matter what their governments are doing.

The real bulwark against threats comes from long term respect and meeting of minds and hearts that no political crisis can fully undermine. Egypt and Morocco are joining for a positive purpose of setting an example of what friendship and joint efforts could do for contributing to culture and improving the world.

Focusing on books, in this instance, also plays another important role: bringing into light the richness of Middle Eastern and African cultures, that go beyond the superficial view of them in the West and in popular understanding. For too long, the associations of Africa and the Middle East with corruption, backwardness, illiteracy, and superficial religious dogma prevented the world from exploring the rich traditions of intellectual discourse, the beauty of the many languages and dialects, the deeply emotional poetry, the subtle wit, and the irrepressible humor of intellectuals from the many traditions at their peak.

The diverse book fair seeks to show that African countries are rising – not through warfare, conquest, or colonialist domination, but through encouragement of reading, exchange of ideas, education, and intellectual growth and openness. Perhaps soon all these books will gain a wider audience and will join the Western bookshelves, book clubs, and intercultural discussions, making everyone’s experience of other cultures and ideas a much more diverse, rigorous, and stimulating experience.