Washington D.C. - The shooting that took place on Wednesday in Florida, which claimed the lives of 17 innocent children, is yet another tragedy highlighting the dangers of gun ownership to the safety of Americans. T 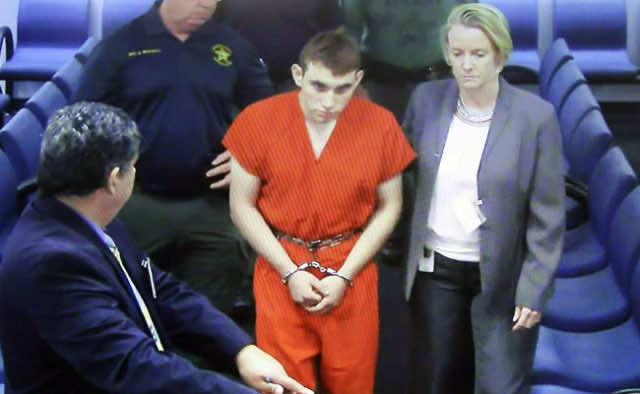 Washington D.C. – The shooting that took place on Wednesday in Florida, which claimed the lives of 17 innocent children, is yet another tragedy highlighting the dangers of gun ownership to the safety of Americans. T

he massacre, another in the series of gruesome mass school shootings that have swept the United States in recent years, raises the question of who or what is the greatest enemy of America and Americans peace and way of life? Is it immigrants and terrorists who come from abroad or is it guns which are the real threat to America?

The enemy that threatens the national security of the United States and the individual security of American citizens does not come from outside, as many claim, but comes from within U.S. society itself. In just the first 6 weeks of 2018, there have been 18 mass shootings killing scores of people and shattering countless families. In 2017, 346 mass shootings, including the Las Vegas shooting which claimed the lives of 48 innocent people and left 200 others injured, shook the United States.

Yet Republican lawmakers refuse to discuss that, for the wellbeing of their constituents and their fellow citizens is seemingly of little concern to them. Instead, what seems to matter most for them is their careers and their prospects for reelection. And for them to be reelected, they need the funding of special interest groups, such as the National Rifle Association, which contributed $5.9 million to Republican candidates in the 2016 election cycle, according to Politico.

Ironically, after every mass shooting, American lawmakers express their sorrow and sympathy for the families of the victims and send their prayers to them. Following Wednesday’s tragedy many lawmakers from the Republican party, who receive lavish funding from the gun ownership lobby, expressed their sympathy towards the families of the victims, but shied away from opening the debate over gun control. But is that what American taxpayers need from their elected officials? Are their prayers enough to avoid more deadly mass shootings in the future? Will these prayers prevent more violent criminals from owning guns and cowardly killing innocent people?

American President Donald Trump’s Tweets following the shooting differed not at all from the rhetoric adopted by most members of the Republican party following every human tragedy. He simply expressed his sympathy towards the families of the victims, but pledged nothing at all to stop this lunacy. Yet, one can imagine what might have been the President’s message had the perpetrator of the vicious attack been a Muslim or a recent immigrant. The President would have quickly labelled it as a terrorist attack and said that the attack vindicates his Muslim bans and his tough stance on immigration. But because the author of the attack – a 19-year old white teenager with alleged white supremacist sympathies – does not fit the common narrative about international terrorism, the American President limited himself to expressing sympathy towards the families of the victims.

A staunch supporter of gun ownership, the US President, like most members of his party, has neither the courage nor the willingness to address the call for reasonable gun control measures. Addressing this question does not appeal to their electoral bases nor will it advantage them in the elections. Opening a real debate over the need to reform gun ownership in the country would be anathema to the National Rifle Association, which provides significant financial support to many members of both houses of Congress.

Some of the responsibility for the continuing shooting tragedies is also borne by the American media. While watching CNN on Wednesday night, I was shocked and perturbed when Anderson Cooper said we will not reveal the identity of the attacker, on the grounds that he does not want to give him publicity. As a regular viewer of his show, I remember how quick he has been to reveal the identity of perpetrators of mass shootings with Arab or Muslim-sounding names.

This double standard used by American media and US politicians when reporting or talking about mass shootings depending on the origin and religious persuasion of the attacker sends the wrong message and does not help Americans feel safe in their communities, their schools, their workplaces, their public transportation, their places of worship, etc.

This double standard not only fails to steer the debate in the right direction to address the causes and the easy access to guns, but serves as more fear-mongering among the American public and creating the illusion, not supported by any statistics, that the real enemy that threatens their safety and wellbeing is the “immigrant,” rather than a neighbor or class-mate with unfettered access to the deadliest firearms. It is ironic that a young person under 21 cannot buy a beer but can easily buy a deadly gun such as the one used in the Florida terrorist attack.

In addressing or even discussing Wednesday’s massacre of innocent school children, Americans must be honest with themselves and define the action for what it is. What happened was an act of domestic terrorism. The perpetrator had a premeditated plan to terrorize innocent people and kill as many possible.

For America to put an end to these repeated tragedies that shatter many lives and break the dreams and plans of many innocent people, it needs to engage in an honest and candid debate. The real debate must center around gun control and American politicians and the media must tell the American people the truth. The American people need to know the truth. The facts are that the ownership of firearms causes results in several thousand innocent lives lost every year. According to statistics provided by the State Department, less than 300 people died as a result of terrorist acts on US soil between 2002 and 2015. Meanwhile, over 11,000 people lose their lives every year as result of mass shootings and gun-related attacks.

These figures show that no matter how many billions the U.S. government spends to fight terrorism, it will not make Americans safer as long as politicians do not have the courage to face the real debate head-on. The reason for this failure to provide security to American taxpayers is the persistence of a false debate and a false “diagnosis” of the problem that continues to emphasize that the real threat facing Americans is incoming immigrants, especially those from Muslim-majority countries. Americans would be much safer if their politicians had the courage to admit that the real enemies of the U.S. do not come from outside but from within.

But judging by the ongoing debate surrounding the reform of the immigration system, the rhetoric used by the current American administration and its obsession with curbing immigrations from Muslim-majority countries, there seems to be no sign that America is ready to embark on the right debate, a course that will save many innocent lives in the future. Instead it seems that the same stigmatization of Muslims will continue to be the dominant subject regarding the safety and security of the American people.

Meanwhile, all the available statistics prove that the threat facing Americans every day is not “Islamic terrorism” but lax American laws that impose little or no restriction on gun ownership. Americans would be better served and better off if their politicians enacted laws that imposed more severe restrictions on guns. However, it appears that Republicans are unable or unwilling to open a real debate about gun control, for they know this kind of debate would not be appealing to their electoral bases, which cling to the right to gun ownership without hindrance. It is simply more availing to stigmatize immigrants and demonize Muslims.

As long as long as American politicians prefer to twist the facts to cater to their bases rather than focusing on the real threats facing the country, it is delusional to think that a real debate on arms control will take place anytime soon, and mass shootings will continue to claim innocent lives. Meanwhile, one thing is sure, immigrants and Muslims, in particular, are not the greatest threat to America’s way of life.  Rather, what threatens the U.S. social fabric and its future is the greed and selfishness of a category of politicians whose only concern is to achieve their own short-term goals no matter how detrimental for the common good of all Americans.