Rabat - Marrakech will host the 15th edition of the pharmaceutical fair, Officine Expo, which kicks off February 23. 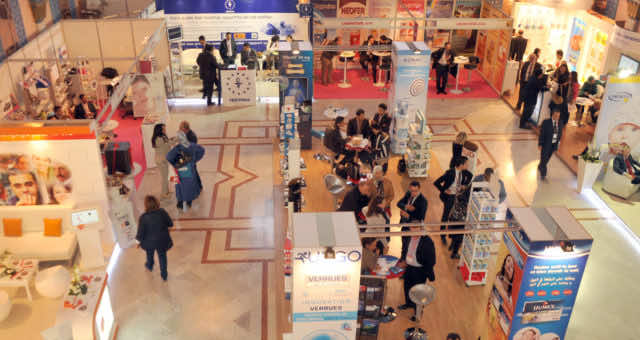 By
Safaa Kasraoui
-
Feb 18, 2018
Spread the love
Rabat – Marrakech will host the 15th edition of the pharmaceutical fair, Officine Expo, which kicks off February 23.
The two-day event, which will take place under the patronage of King Mohammed VI, will gather together more than 4,500 pharmacists, including some 520 from countries around the world.

The exhibition is a “true point of reference for South-Mediterranean and African pharmacy,” according to a statement by Officine Expo.

The event will be marked by more than 40 roundtables, conferences, workshops, scientific and managerial training sessions.

The exhibition, according to the statement, offers the opportunity for “a real rapprochement” between pharmacists, health product suppliers, hygiene specialists and dermo-cosmetology specialists.

Countries that will take part in the event include Ivory Coast, France, Benin, Canada, Burkina Faso, Senegal, Algeria, Gabon, Mali, Mauritania, the Democratic Republic of Congo, Togo, Tunisia, among others. An official delegation representing several Moroccan ministries will also attend.
MAP added that the Moroccan pharmaceutical industry is ranked second on the continent. For more than five years, Officine Expo has been involved in an approach that focuses on advancing Africa’s pharmaceutical and beauty healthcare industries.
This commitment, according to MAP, is strengthened through the creation of Meeting Pharma Africa, a “true pharmaceutical hub in Africa.” The hub offers a marketplace for the development of B2B, training and expertise in industrial pharmacy.