Rabat- “Love a Muslim Day” letters are now being shared on social media in response to the anonymous hate letters recently sent to random UK households circulated under the title, “Punish a Muslim Day.” 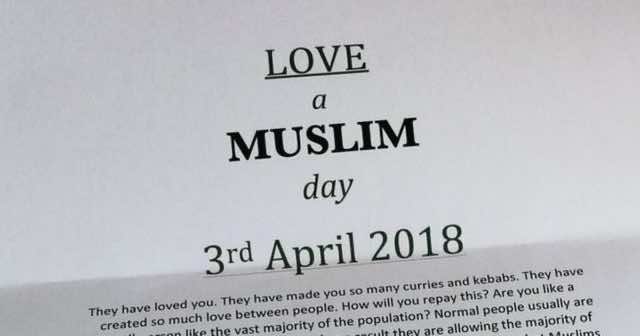 Rabat- “Love a Muslim Day” letters are now being shared on social media in response to the anonymous hate letters recently sent to random UK households circulated under the title, “Punish a Muslim Day.”

These “love letters” represent acts of kindness to counter the  malicious ““Punish a Muslim Day” letters, which incited recipients to commit verbal and physical violence against Muslim communities.

“Love a Muslim Day” letters were devised by activist Shahab Adris of the charity Muslim Engagement and Development, which seeks to counter Islamophobia,, reported BBC and Bristol Post news site.

The letter imitates “Punish a Muslim Day” in its format, but lists acts of “kindness” to show Muslims:

“They have loved you. They have made you so many curries and kebabs […] only you can show your appreciation, only you have the power. Don’t be a normal person. Be a special person. Show your love,” it reads and lists 10 points for smiling at a Muslim, 25 points for throwing flowers at a Muslim, […] and 2500 points for buying a Hajj package for a Muslim family-“a lifetime trip to Mecca.”

Adris told BBC that he was disgusted at the content and had the idea to “turn [the] letter on its head.”

“Some of the responses I’ve seen from the Muslim community have been really positive, but the most remarkable thing has been getting responses from people who are not Muslim, saying they will do something with a Muslim colleague,” he said.

Bristol Police reported that they haven’t received any more reports about “Punish a Muslim Day” letters,though they are still  monitoring the hate letters as a safety precaution, according to Bristol Post. 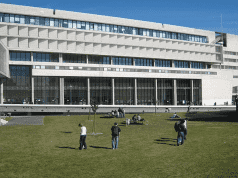