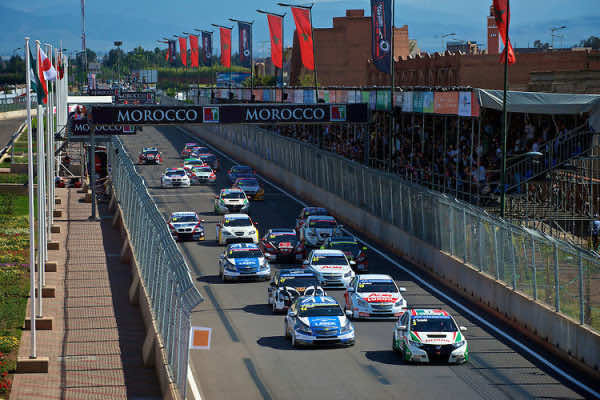 Africa’s biggest motorsports event will take place at the Moulay El Hassan Circuit, located along the centuries-old Marrakech Wall–five minutes from the medina and the souks. The FIA WTCR offers two days of non-stop entertainment, as the whole city celebrates the event, with street performances, exclusive parties, and over 100 cars racing in the roads.

This year’s event will present a great selection of Porsche’s best sports cars. In addition, the Moroccan national championship will feature its best Moroccan drivers in a race that promises to draw a large crowd.

The event continues after the race, as a double-seater Formula1 and the RS1, brought to the track by the official FIA WTCR partner Renault, will amaze adrenaline-junkies with some hot laps around the track during off-racing hours.

Free practice will start on Friday, qualifying rounds will occur on Saturday to determine the starting grid, and final awards will be presented on Sunday to clock out the event.