Rabat - The PSA Kenitra plant, which is the Moroccan subsidiary of the French PSA Peugeot Citroen, is expected to be close to full operational capabilities this year, a company representative and Morocco’s Ministry of Industry announced at a press conference on Thursday in Casablanca. 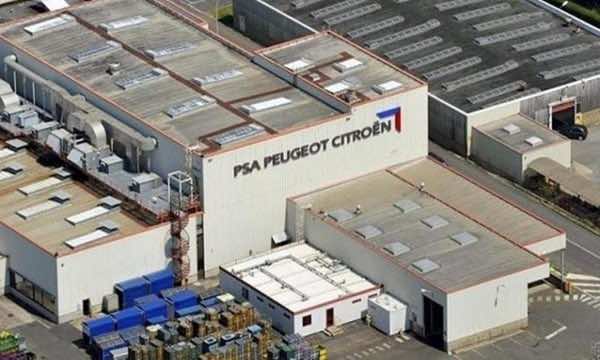 Rabat – The PSA Kenitra plant, which is the Moroccan subsidiary of the French PSA Peugeot Citroen, is expected to be close to full operational capabilities this year, a company representative and Morocco’s Ministry of Industry announced at a press conference on Thursday in Casablanca.

In its initial plan, PSA Kenitra was supposed to be operational by 2020, with an annual output of roughly 200,000 cars. However, at yesterday’s press conference, the Minister of Industry, Investment, and Commerce, Moulay Hafid Elalamy, announced that the Kenitra plant will be operational in 2018, stating that all the requirements were met earlier than expected.

“The project is ahead of schedule. The two Kenitra plants have already been built and are now undergoing trial operations,” the minister said, adding that the factory’s first motor was built and sent to France where, after undergoing series of diligent trials, it gained “all the required validations.” He also mentioned that the project already has 1,500 engineers and qualified workers, a number which the minister said is “a bit above what PSA asked for.”

While the prototype of a Kenitra-made car is set to be out by July 2018, the company is expected to be fully operational by 2019, one year earlier than originally planned. Mr. Elalamy expressed his joy that such a remarkable project could be achieved within so short a span, underscoring his hope that the project will be a game-changer for the Moroccan and African automobile markets.

“Kenitra has exceeded our expectations,” the minister noted. He explained that the main rationale behind the PSA-sponsored project in Kenitra is to transform and rejuvenate Morocco’s mobile industry, make it competitive and present in the global market, and “vitalize local sourcing.”

Also speaking at the conference, PSA Africa-Mideast Representative Jean Christophe Quemard spoke profusely about his satisfaction regarding the pace and strategic significance of the project, saying that such a success is due to the fact that “both parties kept their end of the bargain.”

He said that his company is “proud to announce that the first Kenitra-made car has already been assembled” and is set to be presented to the public in the months to come.

He noted that PSA’s presence in Kenitra is founded on “a unique strategy and a vision of extended partnership with Morocco.”

“PSA is doing in Morocco what no other automobile group has realized in Africa,” he stressed.

By the time the two plants begin full operations in 2019, it is estimated that over 2,000 direct and 20,000 indirect employment positions will be generated. Meanwhile, at the start year 2019 alone, annual output is estimated to be 100,000 cars, with predictions that the output may reach the planned output of 200,000 cars by 2020.

For Mr. Quemard, given the wide range of partnerships that PSA is seeking to establish between Moroccan engineering universities and their French counterparts, the PSA Kenitra subsidiary will be a pivotal point in helping the country realize its dream of becoming the undisputed hub of “sustained mobility” in Africa and beyond.

‘Buy Moroccan Act’: Sustaining the ‘Made in Morocco’ Momentum

GEFCO to Deliver Autoracks to PSA Plant in Morocco’s Kenitra 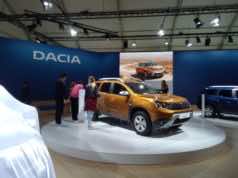