Rabat - Dutch sports magazine Voetbal International has devoted its recent issue to the Moroccan-Dutch football stars who have chosen to represent Morocco and don the national jersey. 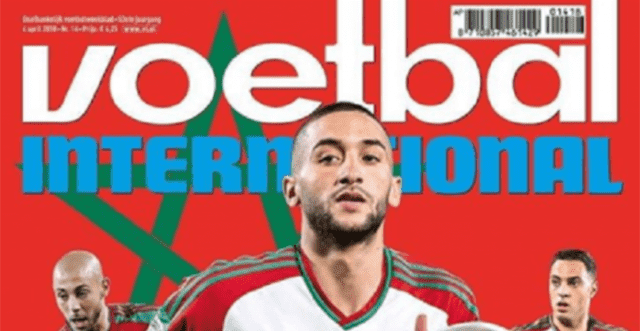 Rabat – Dutch sports magazine Voetbal International has devoted its recent issue to the Moroccan-Dutch football stars who have chosen to represent Morocco and don the national jersey.

The publication, “The Dutch Lions of Morocco,” narrates the dreams of four Moroccan-Dutch footballers, who recently contributed to the achievements of Morocco’s national football team. The list of the Moroccan-Dutch stars includes Karim Al Ahmadi, Hakim Ziyech, and the Amrabat brothers, Nordin and Sofyan.

The 25-year-old Ziyech plays as a midfielder for Dutch football club Ajax. The star is known for his free-kicking ability. The footballer chose to play for the Moroccan team, making his first debut with the Atlas Lions in October 2015. Ziyech also contributed to Morocco’s qualification to the 2018 World Cup, delivering excellent performances against notable African football teams, such as the Ivory Coast.

Born on March 31, 1987, in the Netherlands, Nordin is an international winger who plays for Spanish CD Leganes. Nordin has also played for Dutch national youth teams and was eligible to join the Dutch national team. However, in 2009, Nordin announced his decision to play for Morocco. Nordin has also worn the Omniworld, Malaga, and Watford kits.

Nordin’s brother, Sofyan, announced his choice to represent Morocco in October 2017. Renard praised the footballer for his good performance during the match.

As for Al Ahmadi, the 33-year old plays for the Dutch team Feyenoord and has opted to represent Morocco at the 2005 FIFA World Youth Championship in the Netherlands.