Rabat - Speaking at the 18th Ministerial Conference of the Non-Aligned Movement in Azerbaijan, a  Moroccan delegation reiterated Morocco’s call for Algeria to bear full responsibility and cooperate in the UN-led political process aimed at helping the parties to achieve a mutually acceptable political solution. 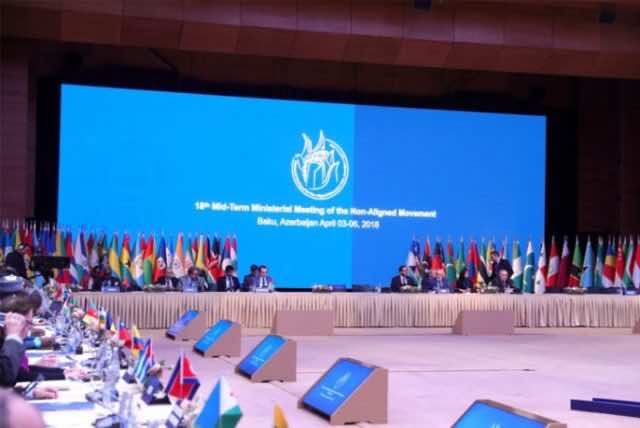 Rabat – Speaking at the 18th Ministerial Conference of the Non-Aligned Movement in Azerbaijan, a  Moroccan delegation reiterated Morocco’s call for Algeria to bear full responsibility and cooperate in the UN-led political process aimed at helping the parties to achieve a mutually acceptable political solution.

The Moroccan delegation’s remarks came in response to Algeria’s refusal to cooperate in the settlement of the territorial dispute.

Earlier today, Agence France Press (AFP) quoted a source from the Algerian Ministry of Foreign Affairs, who stated that “Algeria’s support of the Sahrawi people and its legitimate representative, the Polisario Front, does not mean that it should be involved in negotiations” between Morocco and the separatist group.”

In response to this statement, the Moroccan delegation participating in the conference on April 3-6 said: “Algeria has to respond to its imprescriptible responsibilities in the Moroccan Sahara conflict.”

The Moroccan delegation added that “Algeria’s responsibility is clear, it is confirmed at all levels: militarily, financially, humanitarian and politically.”

The UNSG submitted his annual report to the Security Council on the Situation on Western Sahara this week. In the advanced copy of the report, which was made available on March 31, Guterres denounced Polisario’s activities and called on Algeria to increase its engagement in the political process.