Rabat- Santiago Agrelo Martinez, the Spanish Franciscan archbishop of Tangier and migrant rights activist, has compared Europe’s migration policy to that of the Nazi regime. 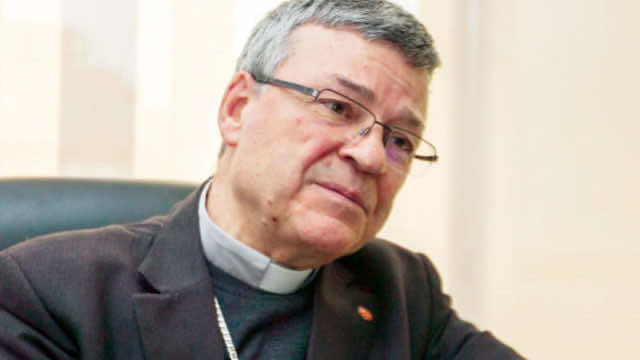 Rabat- Santiago Agrelo Martinez, the Spanish Franciscan archbishop of Tangier and migrant rights activist, has compared Europe’s migration policy to that of the Nazi regime.

Martinez, who served as archbishop for ten years in Tangier, said during an interview with the Spanish daily La Voz de Galicia, that today’s society is adopting “an attitude similar to that of the Germans at the time of the concentration camps.”

Admitting that sometimes he “exaggerates,” the human rights advocate noted that the migration issue “touches him personally,” as he considers migrants like his family.

“They are victims of life and the place where they were born. That is why they have had to suffer a continuous ordeal,” Martinez explains.

“We need a human society, in which we feel responsible for others,” he said, adding that hiding our heads in the sand can only lead to “suicide,” while “the problem could be solved if society really pays attention to it.”

Born in the town of Rianxo in the autonomous community of Galicia, Martinez is known for criticizing the migration policies of the European Union, including fences erected along Ceuta and Melilla borders.

He was named archbishop of Tangier by Benedict XVI in 2007, after serving as a parish priest in the diocese of Astorga and a professor at the Theological Institute of Compostela.