Rabat - As speculations about FIFA’s anti-Morocco 2026 bias gain wider following just over one month out from the final vote, some senior officials are weighing in on the debate and urging FIFA to dispel the idea of disqualifying the North African bid before the final vote on June 13. 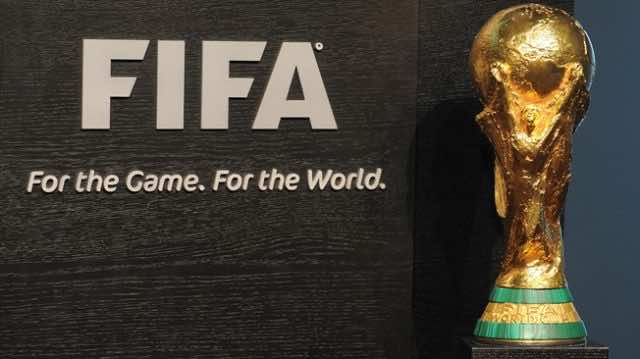 Rabat – As speculations about FIFA’s anti-Morocco 2026 bias gain wider following just over one month out from the final vote, some senior officials are weighing in on the debate and urging FIFA to dispel the idea of disqualifying the North African bid before the final vote on June 13.

Speaking earlier this week to the Associated Press, Germany’s football federation’s chairman, Reinhard Grindel, said that FIFA should reconsider its position on Morocco 2026. Grindel said that prematurely disqualifying the North African bid raise more questions and concerns that could further tarnish the reputation of the footballing world’s highest body. The bottom line: Morocco 2026 should be given the right or chance to support its merits before the FIFA congress.

Although Mr. Grindel does not oppose the influence that the task force is reported to hold in the 2026 bidding process, the German thinks that allowing Morocco to maintain its position in the contest is FIFA’s safest way of avoiding accusations and bitterness from parts of the world that already feel marginalized and discriminated against by international bodies.

Not allowing Morocco to stand and defend its chances is the surest manner to provide a fertile ground for “conspiracy theories,” the German official argued.

“If there are only two [candidates], the congress must have the chance to vote,” he said, adding, “We don’t need any rumors in such a process.”

However, Grindel did not say which bid his country will vote for, stating that Germany will only decide after reading the task force’s evaluation of the bidders’ capacities “to host such a World Cup.”

The question of FIFA’s bias and partiality in the process is no trivial matter to the body’s officials, who have been issuing statements to reiterate the organization’s “neutrality and objectivity” in the whole process.

Speaking amidst such pointed concerns over a anti-Morocco 2026 FIFA agenda, one FIFA spokesperson said that the body has been doing everything possible to prevent accusations of this nature. The spokesperson called the accusations “unfounded,” while reminding the public that FIFA president, Infantino, will not even be present at the final vote in Moscow.

“The process is fair, objective, and transparent,” the spokesperson said, later arguing that the task force, which is reported to have been set up to realize Infantino’s United agenda, is “guided by clear and objective criteria, and its report will be made public to guarantee full transparency of the process.”

Meanwhile, however, the highest instances of the body itself are mired in a series of mutual suspicions and accusations. FIFA Secretary General Fatma Samoura has been reported to the organization’s ethics committee, on grounds of “disclosure, cooperation, reporting, and conflict of interest,” all of which are said to be in relation with her possible closeness to Morocco’s bid.

Asked about the allegations, Mrs. Samoura said that they were ridiculous and suggested that forces inside the body are plotting to eliminate some voices that could oppose or expose the executive board’s behind-the scene-maneuverings.

“I have a good idea who is conveying this message,” she said, adding, “The whole country of Senegal will laugh at FIFA Ethics… because everyone in my family knows the origin of El Hadj Diouf.”

Another FIFA senior official, who allegedly spoke under conditions of anonymity, told the British news outlet that prior to the task force’s visit to Morocco, Infantino “encouraged them to find any evidence that could block Morocco’s candidacy.”

The same anonymous source elaborated that there are fears that an actual vote will see Morocco emerge triumphant over the North American bid which is believed to be more financially beneficial for FIFA. There are forces inside FIFA—its president included—trying hard to undermine Morocco’s bid, the same source suggested.

In response to the mounting suspicions of FIFA’s pro-United 2026 agenda, a FIFA spokesperson emphasized the need for people to acknowledge the efforts the current FIFA team has exerted to reform a body whose troubled past—mired in corruption and vote-buying—is no secret to anyone.

He said that the allegations are “defamatory” and “unacceptable” as they come at a time—less than two months before the vote—when “calm, sense of responsibility, and respect” should prevail instead.