Washington D.C -  Morocco cannot afford a diplomatic confrontation with the U.N. veto yielding Russia. Nonetheless, the two nations should be able to talk frankly about issues of national interests without damaging their friendship. 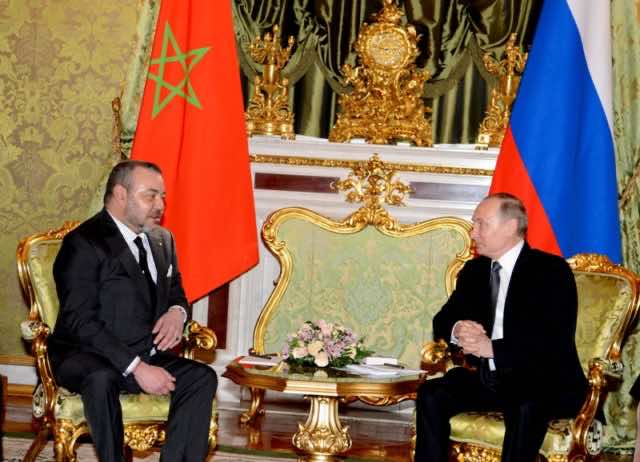 By
Hassan Masiky
-
Hassan Masiky was born in Kenitra, Morocco, and is based in Washington as a blogger and freelance writer.
May 10, 2018
Spread the love

Washington D.C –  Morocco cannot afford a diplomatic confrontation with the U.N. veto yielding Russia. Nonetheless, the two nations should be able to talk frankly about issues of national interests without damaging their friendship.

For some Moroccan activists, Moscow’s backing of the Polisario separatists is hypocritical given Russia’s violent annexation of Crimea and its current meddling in the Donbas region of Ukraine.

Russia views Crimea and Donbas as essential to its security and is willing to pay whatever price to keep the territories Russian. The same goes for Morocco and Western Sahara.

Moroccan diplomacy known for its passivity at times need to approach the Russian and remove any diplomatic ambiguity about the impact of Moscow’s double standards. Rabat stayed neutral in the Ukraine and Georgia conflicts and should ask the Russian to stay out of the fray in Western Sahara.

Moscow cannot present its positions in the Caucuses and Ukraine as lawful and legitimate then denied Morocco’s rights to Western Sahara.  If proud Russians view Crimea’s rightful place in Russia, then Moroccans should present the same narrative about the Sahara to the Kremlin.

In fact, Moroccans find Moscow’s apathy toward Morocco’s right to liberate Western Sahara from Spain and unify its people with the Kingdom selfish. Russia has justified its invasion of Georgia in 2008, its annexation of Crimea in 2014 and its current covert intervention in the Donbas as unification crusades to protect ethnic Russians.

While Morocco’s liberation of Western Sahara was peaceful and its historic claims undisputable and well documented, Russian’s claims in Crimea are recent going back 1780’s, and shaky at best since most of the ethnic Russians settled in the area from other part of Russia and the ethnic Crimean Tatars were forcibly exiled all over the Soviet empire.

It is curious to see Russia pushing for a United Nations’ administered referendum for self-determination in Western Sahara when Moscow self-conducted referendums without international observers in Crimea, Abkhazia and South Ossetia. Further, Russia manipulated the disputed results to justify its annexation or appropriation of these territories that remain internationally recognized as Ukrainian and Georgian.

In the name of national interests, Russia has swallowed Georgian and Ukrainian land with impunity. It used force to create a fait accompli where the United Nations and the world community had no options but to ignore international law violations and accept the Russian versions.

Traditionally, Russia and the Soviet Union before it, adopted the Algerian positions favoring independence for Western Sahara, nevertheless, focusing on Russia’s role and tactics in Crimea and the Donbas region help the Russians to gain a perspective on what the Moroccans are facing in the Sahara.

While it may not be publicly stated, Russia will always support Algeria because of the close economic and military corporations dating back to the 1970’s. This should not stop the Moroccan diplomacy from trying to temper future Russian maneuvers at the U.N. Security Council

A Russian veto of U.N. resolutions supporting Morocco has no real adverse effects on Moscow foreign policy in North Africa, Morocco will just have to deal with it at the official level. However, Moroccan civil society and national media should expose Russia’s misguided diplomacy in the Western Sahara conflict.