Rabat- The French National Necropolis of Chastre paid tribute to the Moroccan soldiers who fought for Belgium’s liberation from the Nazis in the Battle of Gembloux-Chastre, on Sunday, May 13. 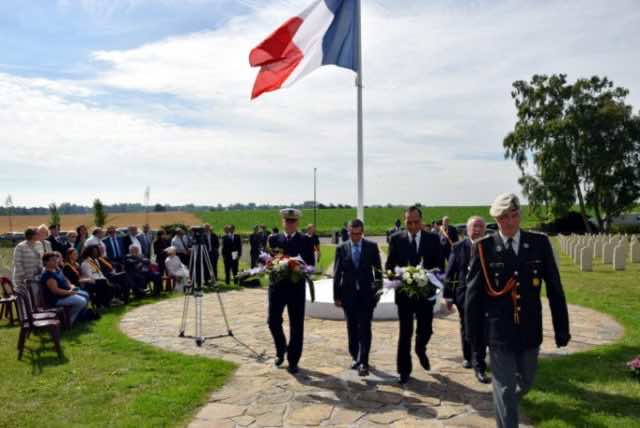 Rabat- The French National Necropolis of Chastre paid tribute to the Moroccan soldiers who fought for Belgium’s liberation from the Nazis in the Battle of Gembloux-Chastre, on Sunday, May 13.

In honor of the 76th anniversary of the 1940 Battle of Gembloux-Chastre in Belgium, the French National Necropolis of Chastre welcomed a number of high ranking military figures, politicians, delegates, and diplomats, including Morocco’s Ambassador to Belgium, Mohamed Ameur, and Morocco’s High Commissioner of Former Resisters and Members of the Liberation Army, El Mostafa El Ktiri, reported state-owned press, Maghreb Arab Press (MAP).

The tribute commemorated the courage of the Moroccan soldiers, who fought heroically alongside the French army against the German forces in the battle. Approximately 233 Moroccan soldiers died during the historic battle.

After the Battle of Gembloux-Chastre, the May 1940 campaign witnessed the first battle conducted with tanks in world military history. The French army was ultimately victorious in its campaign.

During the memorial tribute, Belgian Minister of Staten, André Flahaut, paid respect to the Moroccan sacrifices, which he emphasized were not in vain and will never be forgotten:

“It is very important in this difficult era, when hate speech is prevalent, to recall that some foreign soldiers had once come to defend us against the invaders, and they sacrificed themselves for our freedom.”

Flahaut emphasized that everyone should recall these historical events and use them as a key to co-existence.

For his part, El Ktiri expressed similar sentiments and insisted that the annual tribute is important to sustain the memory of the soldiers’ dignity and heroic deeds, a memory that both Morocco and Europe share together.