Rabat - Moroccan international player Mehdi Carcela has been named “Belgium’s Best Lion” of 2018, according to several sports media outlets. The distinction rewards the best Arab player of the Belgian championship. 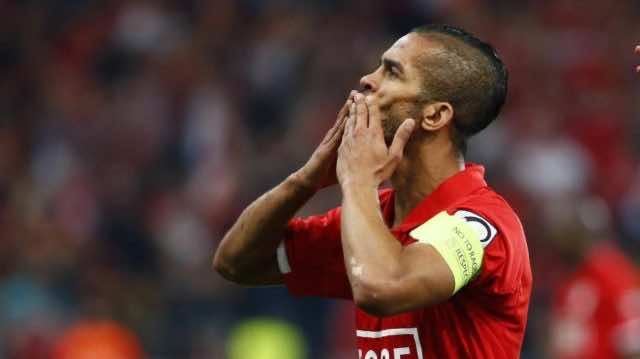 Rabat – Moroccan international player Mehdi Carcela has been named “Belgium’s Best Lion” of 2018, according to several sports media outlets. The distinction rewards the best Arab player of the Belgian championship.

“I would like to dedicate this award to my coach, Ricardo Sa Pinto, who does a great job,” said the Standard of Liege player when he received his award.

“What we realize, nobody expected. That’s what I wanted to do by signing at Standard, I wanted to give a beautiful image to the club,” added the Atlas Lion, who actively participated this weekend in the victory of Standard (5-0) against Genk, scoring two goals and delivering two assists.

By receiving this award, Carcela hopes to get the attention of Morocco’s national team coach Hervé Renard, who will give his list of 35 shortlisted Moroccan players on May 14 for the World Cup.

“By coming back in Standard, I was hoping to be taken in for the 2018 World Cup in Russia. I constantly try to show that I have the qualities to be there,” said the football player.

Mehdi Carcela-González, 28, is a midfielder for Standard Liege. He was born in Liège, Belgium, to Moroccan and Spanish parents.

Carcela’s football career started at the age of 5, at Standard Liège youth academy. He played for various youth teams at the club until signing with Standard Liège on a 4-year contract at age 19.

In September 2008, he made his debut for the club in a 2-0 win against K.V. Kortrijk. Later, Carcela debuted in a European competition  in a UEFA Cup match against Stuttgart.

During his first season, Carcela started in 15 matches and won the Belgian League and Belgian Supercup.

In 2010 the midfielder featured in 44 matches and scored 14 goals, and won the Belgian Cup with Standard Liège.

In 2011, Carcela signed for the Russian club Anzhi on a three and a half year contract. Two years later, the Moroccan returned to his former club.

Carcela started his international career with the Belgian U-16 team and eventually made it all the way up to the senior national team. However, at the age of 21, the midfielder experienced a change of heart and decided to play for Morocco’s national team.