Rabat - For the start of the holy month of Ramadan, several heads of government, such as King Mohammed VI, Justin Trudeau, and even Donald Trump, have released statements wishing a happy and blessed Ramadan to Muslims all over the world. 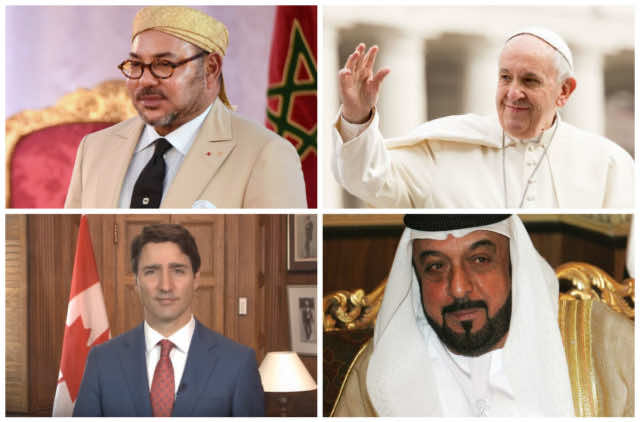 Rabat – For the start of the holy month of Ramadan, several heads of government, such as King Mohammed VI, Justin Trudeau, and even Donald Trump, have released statements wishing a happy and blessed Ramadan to Muslims all over the world.

“This holy month of Ramadan, with its spirit of faith, human solidarity and compassion, is an opportunity for us to reminisce about the unity of Muslim peoples and the brotherly bonds uniting them. It is also a time to step up efforts to strengthen cooperation and mutual assistance between our countries and to enhance their commitment to the lofty values of our pristine faith – values which reject discord, extremism, hatred and reclusiveness, and advocate, instead, moderation and tolerance,” the King said.

“The aim is for our Ummah [Islamic community] to hold its rightful place and continue to enrich human civilization,” the Sovereign added.

“I pray that Almighty God grant us success in our untiring quest to fulfil the aspirations of the Muslim Ummah and instil confidence and hope in our younger generations so they may rise to current challenges and build a prosperous future in which peace, security and stability prevail,” the King said.

In his messages, Sheikh Khalifa wished the leaders and their people continued good health and well-being, as well as further progress and prosperity for Arab and Islamic nations.

Canadian Prime Minister Justin Trudeau congratulated Muslims in Canada and around the world on Tuesday, reflecting “on values such as compassion, gratitude and generosity.”

“Over the coming month, people will gather in mosques and homes to pray, fast during the day time, and in the evening break their fast and enjoy iftars together,” said Trudeau.

Diverging from his typical fear-mongering messages about “radical Islamic terror,” US President Donald Trump sent his “best wishes” to Muslims around the world.

In contrast to his past messages of Muslim vilification, Trump highlighted the “richness Muslims add to the religious tapestry of American life” in his 2018 presidential message on Ramadan.

At his general audience on Wednesday morning, May 16,  Vatican City Sovereign Pope Francis sent greetings to Muslims for the month of Ramadan.

“May this special time of prayer and fasting help everyone to walk the path of God, which is the path of peace,” he said.

“It is meant to inculcate righteousness and discipline,” said  Nigerian president Muhammadu Buhari of Ramadan, as he sent his greetings and best wishes to Muslims in Nigeria and across the world.