Rabat - It’s a sad day for Rachid Alioui. Just one day before Atlas Lions Coach Hervé Renard released his list of footballers who will represent Morocco in the 2018 World Cup in Russia, the international Moroccan player injured his hamstring, removing him from consideration. 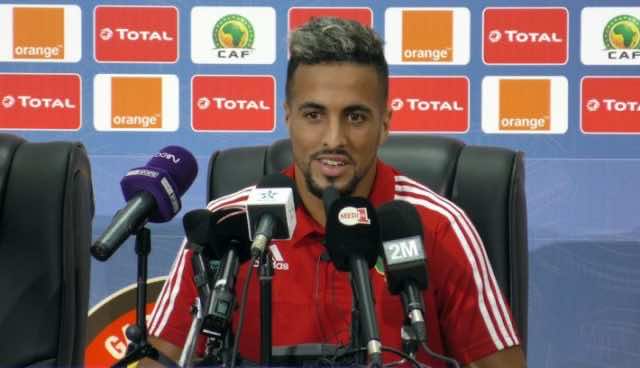 Rabat – It’s a sad day for Rachid Alioui. Just one day before Atlas Lions Coach Hervé Renard released his list of footballers who will represent Morocco in the 2018 World Cup in Russia, the international Moroccan player injured his hamstring, removing him from consideration.

The 25-year-old football player was seriously injured during a friendly game with his club Nîmes Olympique Friday in Reims (2-2) on the last day of the Ligue 2 French Championship.

“Rachid Alioui has had surgery today for a hamstring tendon rupture and will be out for several months,” the French club said on Wednesday, wishing him a good recovery as they “count on him” next season.

Alioui had a remarkable season as he largely contributed to the rise of Nîmes Olympique in Ligue 2 with 17 goals in 38 games. As for his national football career, Alioui has played ten games with Morocco.

Hervé Renard revealed his list of 23 players and 3 reservists May 17, a week earlier than expected.

When the tournament begins on June 14, the Atlas Lions will first battle Iran on June 15. The team will face Portugal in their second game on June 20, while the final first-round match for Morocco will be against Spain on June 25.