Rabat - Asmaa Ghlalou, a member of the exploratory committee on fuel prices, called the declarations of the committee’s chairman, Abdellah Bouanou, “false” and his figures “nonexistent.” 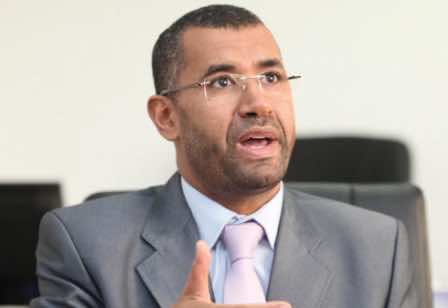 Rabat – Asmaa Ghlalou, a member of the exploratory committee on fuel prices, called the declarations of the committee’s chairman, Abdellah Bouanou, “false” and his figures “nonexistent.”

Ghlalou, a member of the National Rally of Independents party (RNI), was surprised by  Bouanou’s statements and accused him of sharing figures with the public that she said were “nonexistent” in the exploratory committee’s report. She said the committee had “agreed to produce a nonpartisan report.”

In the parliamentary discussion Tuesday, Bouanou, a member of the Justice and Development party (PJD), noted that the difference between the government’s set prices (before deregulation) and today’s prices is nearly MAD 1 per liter. He added, “The Moroccan market annually consumes some 6.5 million tons [of fuel]. So, we easily reach MAD 7 billion in one year of additional profit.”

Bouanou also stated that some companies have tripled their profits since the market was deregulated. Between 2015 and 2016, their profits increased from MAD 300 million to MAD 900 million.

In a Wednesday press conference, Ghlalou disparaged Bouanou’s statements as “political cowardliness,” incredibly claiming that his acts reflect schizophrenic symptoms. Ghlalou claims that Bouanou never brought the “falsified” numbers to the committee during the 60 days of the exploratory work, while he fed false information to the press in order to create controversy and speculation.

Ghlalou challenged Bouanou to unveil the real numbers in the report, saying “if he has a little bit of morality, he would have come out to clarify the figures.” While Ghlalou lashed out at Bouanou, her statement overlooks the many media reports that disclosed that the final report presented to the parliament contained incriminating evidence against the fuel companies that was later expurgated.

According to Moroccan news outlets Le Desk and Lakome, there is a big difference between the preliminary version of the report and the final report submitted to the parliament.

Le Desk described the editing of the final report and the elimination of all evidence incriminating fuel companies as a “scandal.”

The report investigated fuel prices to determine whether fuel distributors have taken advantage of deregulation to boost their profits, in response to the concerns of Moroccans who are boycotting Afriquia Gas and other large companies.

Head of Government Saad Eddine El Othmani announced that he has been updated on the issues surrounding fuel distribution since deregulation, but that he awaits the exploratory committee’s final report.

Many top officials and Moroccan celebrities have expressed their support for the boycott; some have even addressed a message to El Othmani. Famous singer Latifa Raâfat dismissed El Othmani’s clumsy apology and urged him to find solutions.

Raâfat wrote: “My respect to you, Mr. El Othmani, a few days ago you described and called us all kinds of insulting things.” She said the head of government “called us inconsequential. How can you apologize and call on inconsequential people to turn the page. Are you talking to ghosts?”

Morocco’s Minister of Agriculture Aziz Akhannouch, who owns Afriquia, has not spoken on behalf of his company, but he has publicly announced his disregard for the online campaign in protest of the rise in commodity prices. 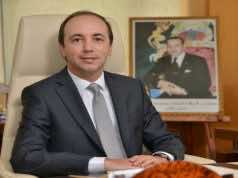