Rabat - Real Madrid’s captain, Sergio Ramos, has become the “most hated man” for Liverpool fans and Egyptians alike after sending football star Mohamed Salah off the field with a dislocated shoulder during the first half of the Champions League final. 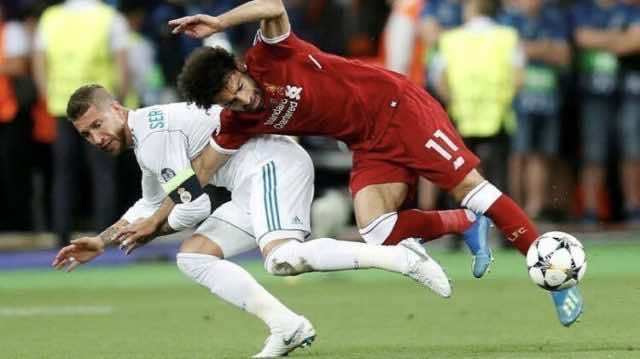 Rabat – Real Madrid’s captain, Sergio Ramos, has become the “most hated man” for Liverpool fans and Egyptians alike after sending football star Mohamed Salah off the field with a dislocated shoulder during the first half of the Champions League final.

According to the French source, Ramos locked Salah’s hand under his armpit “in the manner of a judoka. With all his weight. The arm bends, the shoulder suffers.”

The Salah takedown was not among Ramos’s first attempts to deliberately hurt Liverpool’s stars. According to L’Equipe, the Spaniard has also attempted to elbow Liverpool’s goalkeeper in the head.

Ramos has been receiving global backlash from Egyptian football fans and Liverpool followers.

The English football club, according to L’Equipe, had a successful start in the first 20 minutes of the game ahead of the injury of Salah.

Football fans have launched a petition on Change.org, urging FIFA and the Union of European Football Associations (UEFA) to punish Ramos for forcing Salah out of the Champions League final and the 2018 World Cup.

The petition also called for the football organizations to punish Ramos for “acting that Liverpool players fouled him falsely, causing the referee to give [Sadio] Mane a yellow card he did not deserve.”

The petition calls  Ramos “an awful example to future generations of football players.”

International news outlets also reported pictures of Ramos laughing as Salah left the final game due to his injury.

Ramos couldn’t stop Salah So he intent to injure him ???? pic.twitter.com/MFRlwnqDUI

As it stands, fans will have to wait for two to three weeks to see Salah back to the stadium again after x-ray shoulder results.

Maybe for Madrid fans you are a hero, but to majority of football lovers around the world you are a cancer to this beautiful game!