Rabat - The Spanish Civil Guard has dismantled a criminal ring that trafficked Moroccan hashish to France, Belgium, Holland and Poland. 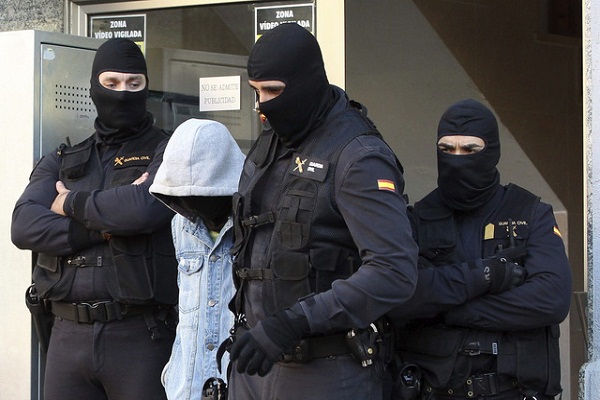 Rabat – The Spanish Civil Guard has dismantled a criminal ring that trafficked Moroccan hashish to France, Belgium, Holland and Poland.

According to Málaga regional newspaper SUR, the operation, codenamed “Kukomaik,” led to the seizure of 1,200 kilograms of hashish and 86 kilograms of marijuana. Seven people were arrested for drug trafficking and money laundering and another five were charged.

The operation began in November 2017 when the Civil Guard detected that several front companies, with different administrators and attorneys, were involved in a criminal network.

The leader of the criminal organization was also under investigation by the judicial police of Bordeaux, France.

The suspects were of Spanish, Belgian, Dutch, British, Afghan, and Pakistani nationalities.

Police in Eastern Morocco Arrest Suspect for Possession of Drugs Police Seize Over a Ton of Cannabis Resin in Eastern Morocco