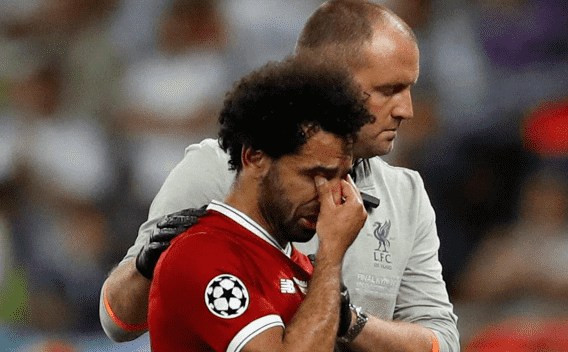 The preacher criticized Salah on Twitter, saying that “the player Mohamed Salah decided to play for Liverpool breaking the fast for the match. God punished him.”

In another tweet, the preacher wrote that fasting is a must, adding that “football is not a legitimate excuse” to break the fast.

The 25-year old footballer left the field of the Champions League final May 26 with a dislocated shoulder during the first half of the game against Real Madrid.

Al-Bathali, however, said the injury “is perhaps good” for Salah.

“Do not think the Muslim believes that life is managed by reason and effort, but life is the hand of God comes to whom he will, whether hard or not diligent,” he wrote on another tweet.

International media and Salah’s fans defended the footballer against al-Bathali’s statements. In response, the Kuwaiti wrote that “what happened to the player Mohamed Salah is a legitimate thing.”

Football fans feared Salah would not be able to play with his team in the upcoming 2018 World Cup in Russia. However, the Egyptian Football Association (EFA) reassured his fans that the footballer will not miss more than the first game of the 2018 World Cup, if that.

“Salah will be at the World Cup and will not be absent for more than three weeks,” EFA tweeted on May 30.

Egypt will play its first game against Uruguay on June 15.