Rabat - The Italian club AS Roma has reached out to its former defender Benatia to get intelligence on his teammate Hakim Ziyech. 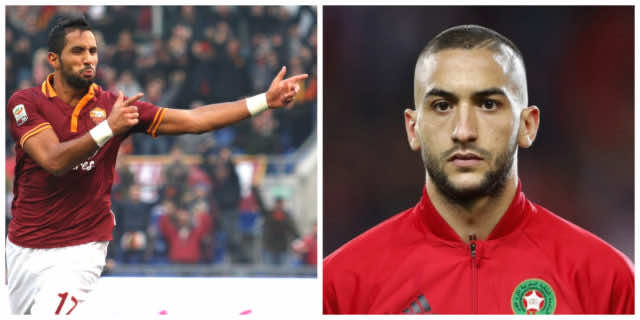 Rabat – The Italian club AS Roma has reached out to its former defender Benatia to get intelligence on his teammate Hakim Ziyech.

After the club’s failure to recruit the Ajax attacking midfielder during the winter transfer, AS Roma hopes to reach a preliminary agreement with Ajax to acquire Ziyech, who expressed his wish to leave Ajax this summer.

According to Corriere dello Sport, AS Roma’s director Monchi has called the Captain of the national team Mehdi Benatia who played for the Italian club from 2013-2014 to ask about Ziyech’s skills, as the two footballers will play together in the national team during the World Cup.

“Good technically, comfortable on the left side, able to change pace and precise passer,” said the Juventus defender, comforting the leader of the Serie A club about his choice of recruiting the 25-year-old.

AS Roma wants to recruit Ziyech and his teammate Kluivert for 40 million. According to the latest news, Ziyech should soon be signing. The Italian club has been in negotiation with Ajax since the fourth quarter of 2016.

The club will have to face feirce competition as the Atlas Lion is courted by more than 6 clubs including Inter Milan, Atlético Madrid, Dortmund, and Marseille.

Hakim Ziyech has repeated his hopes of leaving his current club, Ajax Amsterdam, prior to the summer mercato (transfer window). The Moroccan football player has also announced that he will probably not be staying in the Netherlands.

In an interview with the local media Algemeen Dagblad, Ziyech—voted best player in Ajax in the 2015-16 season—explained that he had maximized his opportunity to develop in the Netherlands.

“I need a new challenge. At some point, it’s time to go. Of course, I wasn’t at by best sometimes, but I feel that I need [something to] click by changing my environment,” said the Moroccan international.

The Mercato (trade) aside, Ziyech will be busy this summer playing alongside Hervé Renard’s Atlas Lions during the the 2018 World Cup in Russia.