Rabat- Egypt has lost its second game to win the World Cup’s group stage to Russia, ending its hopes for 2018, while Senegal was the first African team to win a game at the tournament. 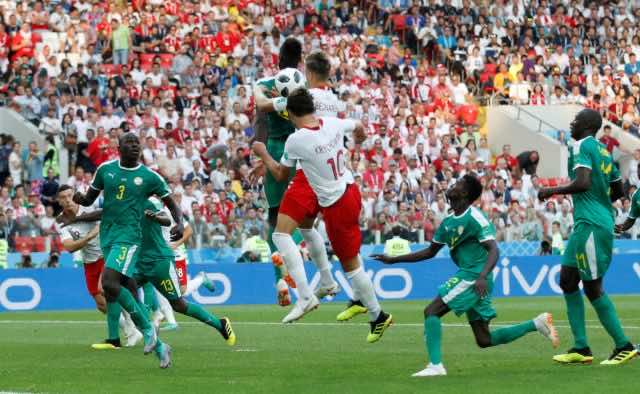 Rabat- Egypt has lost its second game to win the World Cup’s group stage to Russia, ending its hopes for 2018, while Senegal was the first African team to win a game at the tournament.

Even after Russia’s thunderous 5-0 win against Saudi Arabia in the opener of the World Cup, very few—many Russians included—had any confidence in the hosts. Many guessed it was Saudi Arabia’s fault , roundly dismissing the Russians as unprepared to move to the next stage in a group that had Egypt and Uruguay in it.

But on Tuesday night, when Dzuba scored Russia’s magnificent third goal against Egypt, it was clear, and shockingly so, that the underdog host had just ended the dream of Mohamed Sarah, football’s star of the year. The whirlwind of emotions was perceptible, and one could sense the Russians’ unprecedented ecstasy.

That was that: Egypt resisted Uruguay’s wild attack until the last seconds, but ceremoniously surrendered to a star-less Russian side.

A Salah-deprived Egypt had been compact and at times scintillating against football heavyweight Uruguay. With Salah in their midst, and against a host nation not famous for its football, it was easy enough for the African Pharaohs to expect to humiliate a team that everyone had written off.

“At least Salah scored,” fans consoled themselves on social media, fumbling for a better explanation for the debacle. Perhaps Salah was thinking the same when he religiously looked up to the sky after the final whistle, or when he kissed the ball before sending his penalty kick inside the Russian goal.

But Salah knew he did not need any grand explanations for Egypt’s loss at Russian hands, nor did he need to bombard himself with “what ifs.”

It is football, stupid! Once one accepts that the game is essentially about extending the limits of implausibility, all else makes sense.

Senegal: ‘For the pride of Africa’

Moments prior to the calamitous exit of the African Pharaohs, Senegal sent African fans into raptures by handing the continent its first victory at this World Cup. By the time the Teranga Lions faced Poland, all eyes were on Liverpool’s Sadio Mané to inspire a first African victory where Nigeria, Egypt, Morocco, and Tunisia had failed to manage even a draw.

It was expected that Senegal’s “fast, lively, clinical, and ruthless” attacking line would prove effective against a Polish side that has been impressive of late.

“We saw the other African teams lose their first games and it gave us power to play for Africa. Now, all of Africa is happy,” said striker Diafra Sakho, who did not even play a minute of the game, after the Teranga Lions secured a hard-won 2-1 victory.

Just like many other games at this Russian tournament, the Senegal vs. Poland game had a lot of waiting to it, with much of the playing happening on the flanks and the midfield, leaving defenses and goalkeepers rather alone for minutes on end.

Senegal’s first goal in the 37th minute came as a gift to a side that carried a whole continent on its shoulders. Senegal’s 2-1 triumph was not a resultant of ruthless sprints and marvelous technical show from its Mané-led front three, but it was tactically deserved, as the Teranga Lions’ tactical disposition prevented Poland from scoring.

“We managed to control the game tactically and emotionally,” Senegal’s Coach Aliou Cissé said. “We won thanks to discipline. We had a very compact team, also very aggressive. We know that Poland can play two systems [4-4-2 and 3-4-3], which they did, and we knew exactly how they were going to move. We also knew that Lewandowski was the main element. We knew how to implement the right system.”

Cissé, who captained the Senegalese side that created wonders at the 2002 World Cup, knows the importance of discipline in tournaments such as the World Cup. “We are not too euphoric because we know it will be difficult match against Japan. We need to question everything and prepare for the Japan match in the same way,” he said.

To that mindset of discipline, focus, and level-headedness in the face of unexpected challenges, Napoli’s Kalidou Koulibaly added certainty. “It’s a difficult job but we know we can do it.”