Rabat - The referee did not ask for Ronaldo’s jersey before the game, according to FIFA. 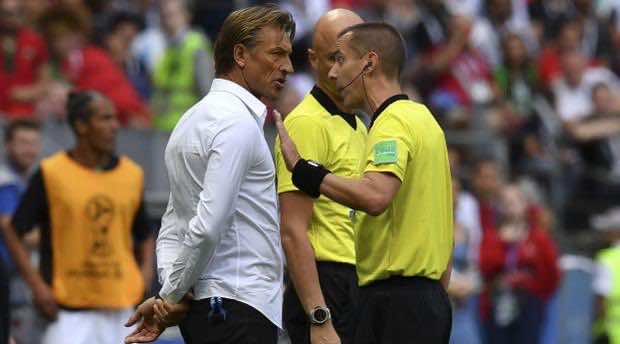 Rabat – The referee did not ask for Ronaldo’s jersey before the game, according to FIFA.

“Mr Geiger strongly refutes these claims and categorically states that such a request was not made,” FIFA said. “FIFA unequivocally condemns the allegations supposedly made by a member of the Moroccan team.”

“FIFA referees are under clear instructions with regard to their behavior and relationship with the teams at the 2018 FIFA World Cup Russia and it can be confirmed that Mr Geiger has acted in an exemplary and professional manner as an appointed match official.”

Yesterday, Nordin Amrabat took issue with the referee’s behaviour in a game that will send Morocco out of the World Cup after the group stage. “On field, he was really impressed by Ronaldo,” Amrabat said.

“When I walked by [Portugal’s] Pepe, I heard him say that the referee has asked for Cristiano Ronaldo’s jersey during the first period. But, frankly, who are we kidding? We’re at the World Cup, it’s not a circus here.”