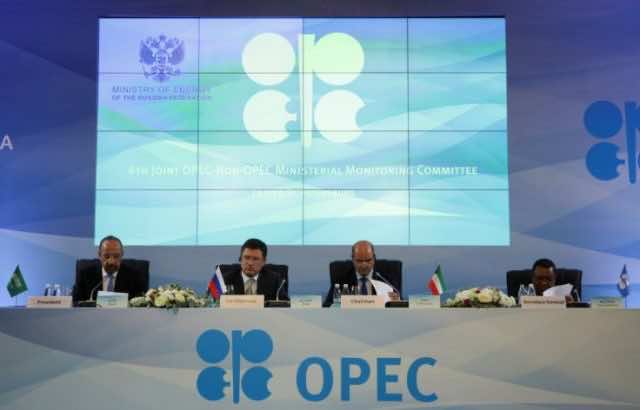 Rabat- Oil prices have decreased as OPEC and non-members, such as Russia, will attend their bi-annual meeting in Vienna, Austria, tomorrow.

The Organization of Petroleum Exporting Countries (OPEC) is anticipated to increase production output of oil. The move will likely be supported by major non-OPEC member, Russia.

Increasing production backtracks a 2017 deal between OPEC and Russia to lower oil production, raising prices, tightening the market, and addressing a global glut.

Early Thursday morning, Brent Crude LCO dropped USD 1.76 to USD 72.98 per barrel, but has resurged slightly to USD 73.34 a barrel. Last month the benchmark crude oil had reached a 3 and a half year high mark, with prices above $80 a barrel.

The past few months have seen widespread calls for OPEC to increase output ceilings and reduce prices. Calls have been driven by a drastic drop in Venezuelan production and fear that Iranian exports will decrease due to the reinstatement of US sanctions.

Iran has opposed production increases, however on Wednesday, Iranian Oil Minister Bijan Zanganeh said that he would accept a modest rise in output.

Henry Tchilinguirian, head of oil strategy at French Bank BNP Paribas, said in a report to Reuters that he expects at least a small increase in production. “It would seem that an aggregate increase in production for OPEC+ of between 500,000 barrels per day (bpd) and 1 million bpd is the range being considered.”

Russia had originally proposed to boost production to 1.5 million bpd, but met fierce Iranian opposition. Saudi Arabia has sought to compromise the figure to increase production between 600,000-800,000 bpd.

According to Tamas Varga, an analyst at PVM Oil Associates, Saudi Arabia and Russia “will be pitted against Iraq, Iran, and Venezuela. The latter countries need every petrodollar they can put their hands on for political and economic reasons, and the U.S. withdrawal from the Iranian nuclear agreement adds spice to Iran’s resistance in increasing production.”

Moroccan consumers have experienced prices impacted by market trends since the government deregulated oil in 2016. The increase of prices and widening profit margins for companies such as Afriquia, led to a sustained boycott against the company since April 20th. The Moroccan government has been put under increasing pressure to intervene and reduce prices. Recently, fuel companies agreed to lower their prices for six months.