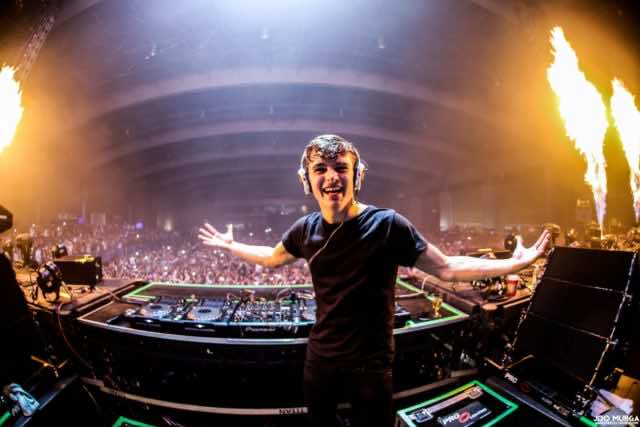 Rabat – The much-awaited 17th Mawazine Festival and Rhythms of the World will officially start, tonight, June 22. After a successful ‘Before’ concert, the festival of Rabat will open its stages (OLM Souissi, Nahda, Bouregreg, and Salé) to the festival-goers for a week of madness.

First up this week at the international stage, OLM Souissi, DJ Martin Garrix will open the festival at 9 p.m., and to make them dance to his beats, like “In the Name of Love,” “Animals,” and “Scared to be Lonely.”

Born in 1996 in Amstelveen-Netherlands, Martijn Gerard Garritsen, better known as Martin Garrix, began his career in 2012 as a musician, record producer, DJ, and ghostwriter.

In five years’ time, Garrix has already made it to stardom following the release of his songs “BFAM” and “Just Some Loops” and was named “the world’s top DJ” by DJ Mag’s annual Top 100 DJs poll for 2016-2017, making him “the youngest ever recipient of the award.”

On Tuesday, Mawazine’s “Before” concert attracted nearly 40,000 dancing and chanting people to the OLM Souissi stage.

The free musical show, a novelty of this year, took place Tuesday, June 19. It was organized by Maroc Cultures, in partnership with 2M, C8, and Cstar. The concert brought together a selection of the most talented artists from the Moroccan and French scenes.

The Mawazine Festival will boast 100 artists on six stages in Rabat and Salé. Big names of the international and Moroccan music industry will perform, including Bruno Mars, The Weeknd, Jamiroquai, Saber Rebai, Najwa Karam, French Montana, and more.