Rabat - American superstar Bruno Mars gave an amazing vocal performance during the sixth day of the 2018 Mawazine Festival Rhythms of the World. Ballads, rock, pop, and funk, Mars can do it all, and he proved it again Wednesday, June 27, bringing his 24K magic to the OLM Souissi stage. 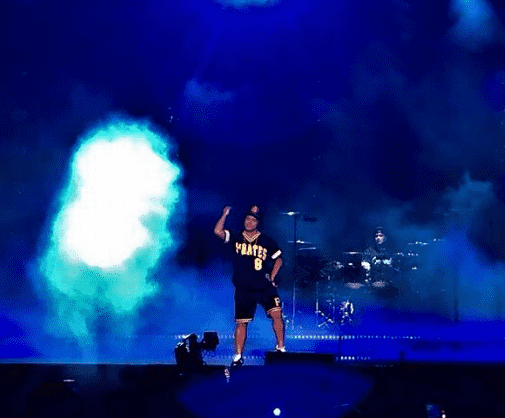 Rabat – American superstar Bruno Mars gave an amazing vocal performance during the sixth day of the 2018 Mawazine Festival Rhythms of the World. Ballads, rock, pop, and funk, Mars can do it all, and he proved it again Wednesday, June 27, bringing his 24K magic to the OLM Souissi stage.

Before performing in front of the euphoric crowd awaiting him impatiently, Bruno Mars invited rising American star DJ Rashida to warm up the crowd with her invigorating remixes.

After 30 minutes of DJ Rashida’s  performance, the curtain finally rose as the singer of “Uptown Funk” launched his concert in front of an audience screaming and shouting his name.

Meeting Morocco for the first time 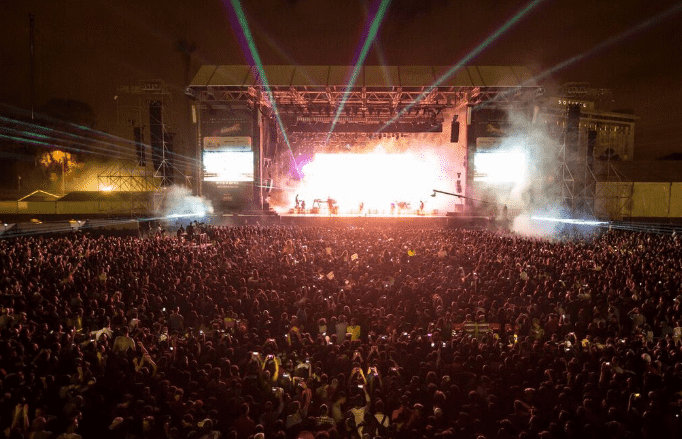 The American star, with an impressive number of albums sold worldwide, opened the show with his hit “Finesse,” followed by worldwide success “24K Magic.” After the song, the 32-year-old artist took some time to get to know the Moroccan public.

“It is my first time here in Morocco, I heard great things about it, I am so happy to be here, hope you will enjoy my company,” said the pop star before continuing to sing his hit songs “24K Magic” and “Locked out of Heaven,” stirring festival-goers into an unparalleled dancing frenzy.

Mars, often compared to pop king Michael Jackson and lauded as one of the most powerful voices of his generation, has other undeniable talent as well. The American sensation charmed the public with his impressive dance moves and demonstrated his musical talent by playing a solo electric guitar.

As a showman, Mars knows how to get the crowd moving. Interacting with the Moroccan public, the sensational singer seemed thrilled to be in Morocco.

Accompanied by his musicians, all dressed casually, the young Hawaii-born author, composer, performer, and producer then presented to the delighted crowd, who excitedly shouted the lyrics his famous songs “That’s What I Like,” “Versace,” “Marry You,” and “Runaway Baby, creating a sensual vibe with funk and soul sounds. 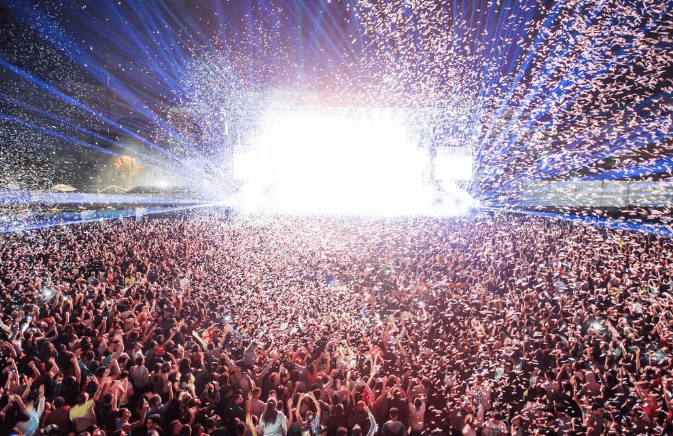 For the closing of his first performance in Morocco, the author of the fifth most viewed video clip of all time with more than three billion views on YouTube gratified viewers with his classics. Singing “When I Was Your Man,” he told the audience the song is “very close to [his] heart and means a lot to [him]” as they sang along with him.

During this performance, the artist expressed great emotion in front of a crowd cheering him on and shouting his name.

Closing the show, Bruno Mars thrilled the audience with “Just the Way You Are,” a classic they knew by heart, before finishing off with “Uptown Funk.”

Born Peter Gene Hernandez into a family of musicians, Mars entered the world of singing by producing other artists’ work before making himself known with the title “Nothin ‘on You” by B.o.B. and Travis McCoy’s “Billionaire.” He released his first album, Doo-Wops and Hooligans, in 2010.

A Grammy Award winner, he  rose to prominence with his super-hit singles like “Just the Way You Are,” “Grenade,” and “Locked Out of Heaven.”

With worldwide sales of over 11 million albums and 68 million singles, he is undoubtedly one of the world’s best-selling artists of all time.